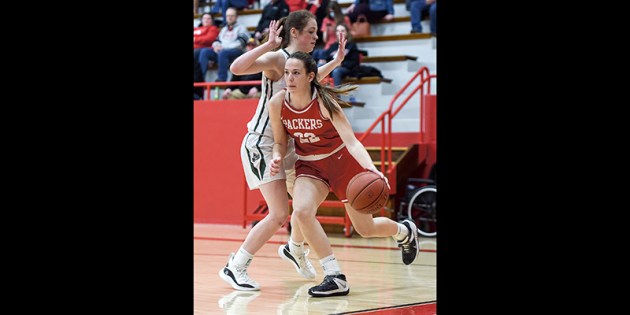 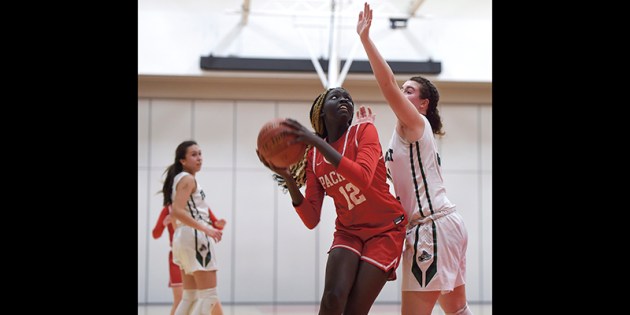 Austin’s Kiru Othow turns to shoot during the first half against Faribault in the first round of the Section 1AAA Tournament Wednesday night in Ove Berven Gym. Eric Johnson/photodesk@austindailyherald.com 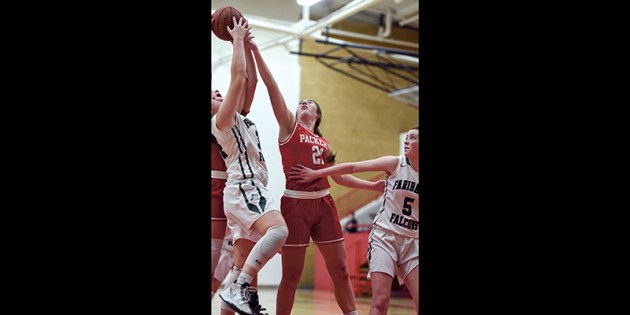 Austin’s Reanna Schmitt reaches for a rebound during the first half against Faribault in the first round of the Section 1AAA Tournament in Ove Berven Gym Wednesday night. Eric Johnson/photodesk@austindailyherald.com 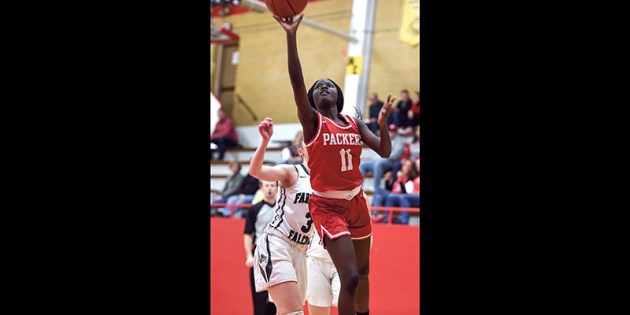 Austin’s Ajiem Agwa gets the lay-up against Faribault in the first-round of the Section 1AAA Tournament Wednesday night in Ove Berven Gym. Eric Johnson/photodesk@austindailyherald.com

The No. 1 seeded Austin girls basketball team took a no-nonsense approach to their playoff opener as they ran past No. 8 Faribault (0-27 overall) by a score of 72-17 in a Section 1AAA quarterfinal Wednesday in Ove Berven Gym.

The Packers (22-5 overall) ran out to a 15-2 lead and Emma Dudycha knocked down two threes in a two-minute stretch to make it 29-5. Emma finished with 23 points, four assists and four steals as she hit six three-pointers.

“My teammates were finding me really well and Faribault was leaving me wide open,” Emma said. “That makes it easy.”

Hope Dudycha added 24 points, four assists and four steals for Austin. This is the final playoff run for her and her twin sister Emma, who have both signed to play at Division II University of Minnesota-Crookston.

“We just wanted to play our way into shape and get into the groove for sections,” Dudycha said. “We can’t play nervous. This is our fifth year now and that makes us veterans.”

Austin head coach Eric Zoske was pleased with the intensity his team showed throughout the lopsided win.

“We saw some upsets last night across the state and we talked about respecting the opponent and respecting the game,” Zoske said. “We just wanted to do all that we can to make sure there is a tomorrow.”

Austin will now play Byron in Ove Berven Gym at 7 p.m. Saturday. The Bears and Packers never met in the regular season.

“We’re playing a team that we know a little bit about, but we’ll have to do our homework,” Zoske said. “We just have to play our game and if we do what we do best, we’ll be a tough challenge for whatever opponent we end up playing.”