Our Opinion: Paint the Town Pink answers back strong 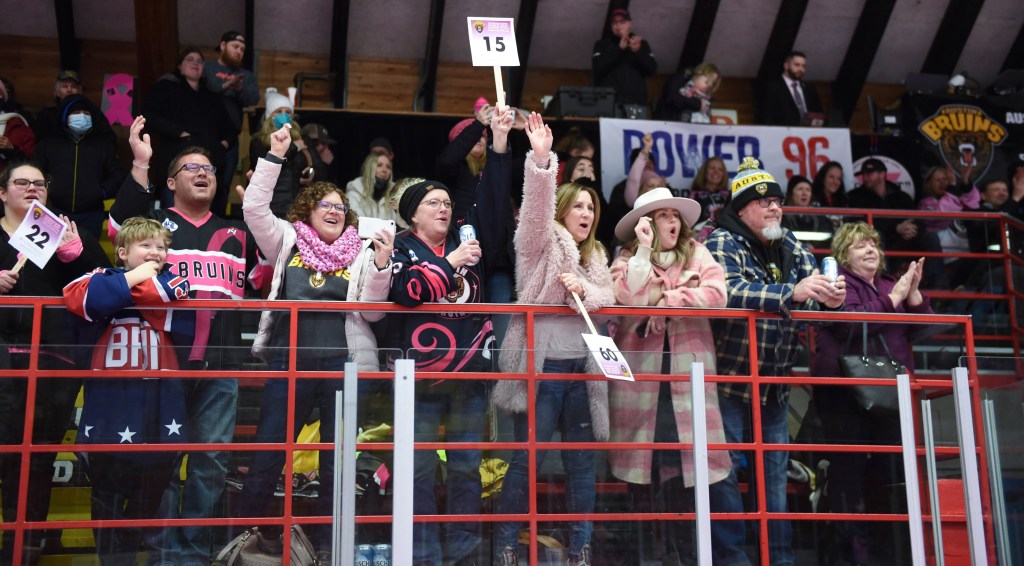 Fans cheer during a skit by members of the Austin Bruins during the annual jersey auction, part of Paint the Rink Pink in February at Riverside Arena. Herald file photo

With The Hormel Institute’s Business After Hours, Austin celebrated the triumphant return of Paint the Town Pink.

Throughout the month of February and March, a bevy of events were held to herald this successful return after the COVID-19 pandemic shut things down last year.

No set total has been released yet with some events having been rescheduled and others, like the First annual Casino Scotch Doubles Pool Tournament, still on the horizon and slated to take place on March 19 at the Austin VFW.

Not only does this massive fundraiser mark the return of fun events that are all raising money for seed grants at  The Hormel Institute, it also demonstrates the resilience of a community to continue giving to such a worthy cause.

As more and more fundraisers are able to return, they represent continued steps forward in the fight against such a terrible disease.

We applaud all of those who put in so much time to get this community chain of events linked back together again and bask in the sunshine of a stronger Paint the Town Pink going forward.