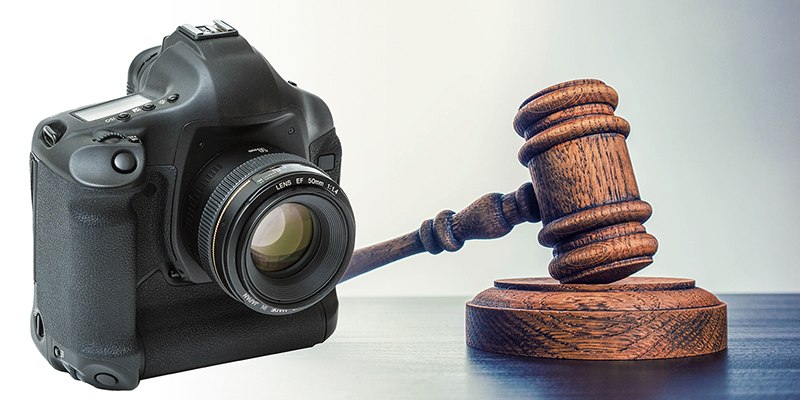 The Minnesota Supreme Court has given energy to an effort at transparency long overdue in Minnesota: allowing visual journalists broad access to telling the story of what happens in Minnesota courts.

A Supreme Court advisory committee on Friday took testimony on the proposal in a Zoom hearing open to the public as the next step in a process to develop rules of transparency. But it’s important to note that Chief Justice Lorie Gildea commissioned the committee to look at allowing cameras and filming in the court in light of the success of broadcasting court proceedings in the Derek Chavin murder trial and the Kim Potter manslaughter trial.

In a news release last June, Gildea said: “Technology allowed us to keep a window to our courts open during the pandemic, and provides us with the opportunity to ensure accessibility and transparency of our public proceedings. The time is right to consider whether the current requirements for audio and video coverage of criminal proceedings in courtrooms should be amended to accommodate broader public access.”

Minnesota courts are decades behind neighboring states in allowing cameras to photograph and film nearly all aspects of a criminal trial. In Minnesota, cameras are only allowed in sentencing hearings, a permission only granted seven years ago.

The experience of other states and the program in Minnesota show little or no evidence that court proceedings were somehow disrupted by cameras or that victims would somehow not come forward for fear of being identified in a photograph.

Four of the five people testifying at the hearing Friday advocated for allowing cameras in Minnesota courts in much the same way as other states. They included Hal Davis, a representative of the Minnesota Coalition for Government Information; Jane Kirtley, director of the Silha Center for the Study of Media Ethics and Law at the University of Minnesota school of journalism; Leita Walker, a First Amendment attorney who represented the Minnesota Broadcasters Association; and Free Press Managing Editor Joe Spear.

Proponents of allowing cameras pointed to the no harm done in other states, transparency that would boost public confidence in the judiciary and the public’s right to know what goes on in court.

The current rules of limited access give broad discretion to judges to prohibit cameras in court, including reasons like privacy or harm to participants, if cameras would detract from the dignity of the proceedings and if the cameras would prevent the fair administration of justice.

Current court rules also prohibit cameras for sexual assault or domestic abuse cases and cases involving juvenile testimony. And victims in permitted cases must give their consent in writing to be photographed or filmed.

The public needs a greater understanding of how courts work. And broadcasting and allowing cameras would enhance that understanding and thereby build confidence in the institution.

But allowing cameras may be more than just a good way to serve the public interest. There may be legal rights the public would have for access.

It’s hard to argue that providing more information to the public somehow makes the process unfair or less transparent or detract from public understanding. And it’s clear without additional information from fact-based sources, disinformation via social media will fill the void.

Opponents argue courts are open now and anyone can go downtown to their local courthouse and observe the proceedings. But few will take a day off work and navigate parking and transportation issues to go to a public courthouse. Allowing technology to help them watch court action in their own home serves public access and serves the public interest.

In an expansion of the rules allowing cameras, judges would likely continue to have significant discretion to prohibit cameras, but they would have to support the prohibition under reasonable court rules.”

The rules committee will make recommendations to the Minnesota Supreme Court by July 1. There will likely be another public comment period after the proposed rules have been crafted.

The Minnesota Supreme Court will make the final call. We urge them to consider transparency in government, the public confidence in the judiciary and the public’s right to easily access their courts as key principles in expanding this important right in Minnesota.