Marvin Repinski: When life tumbles in

A line from the Bible, in the book of “Esther”reads: “How can I bear to see the destruction of my kindred?”  (Verse 6 of the larger reading of Chapter 8).

A current statistic: “At least 800 million people live on the edge of existence in absolute poverty. The cost of a single intercontinental ballistic missile could irrigate 400,000 acres or build 65,000 health care centers in developing nations.”

These facts push my thinking to a massive evil; the destruction of at least part of a peace-loving country and endangering at least four other surrounding nations. But the internal destruction, set-backs, and anguish of dictator Putin’s Russia could endanger the livelihoods of thousands of Russian citizens. The price at world gas pumps is only a small indicator of all of life that can bring chaos, barbaric action and suffering from one leader and supporters of mental ugliness.

The torn bodies, bloodied landscapes, and burning buildings are the sights that we in anguish view on T.V. screens, read in printed materials, and with language in our throats, attempt to speak to our families. Our neighbors and a globe of citizens are thrust into the decisions out of hell prompted by cruelty and megalomania.

The line from Esther’s quote at the start of this article is a reality that I can apply in a somewhat of personal manner. My thoughts go back to the grandmother who warmed me in her arms. This grandmother, the mother of my mother, Mildred, was no doubt birthed in a similar hospital bed that is now in ruins. The stories I faintly recall are from Ukraine then, years ago at a time in Poland and then an evacuation to Canada. How fortunate to reside there, the place of my mother’s birth. Then as a teenager the family moved to Chicago.

I reminisce, clinging to the history that I was told with the realization that my family’s journey is very much like thousands of other families. In part, it is the reason that war is being fought miles away; a war that is in the hearts of the people of Mower County.

The following quote was what I read in a book that is resting on my lap this morning, “The Beauty of Dusk” by Frank Bruni, a New York Times journalist.

Frank Bruni became partially blind some years ago and turned that experience into a life-changing journey of empathy, discovery, and renewal. Once again, he has enlightened us all.

You may ask, “Why, Marvin, are you glued to this book?” Why? Because I have been invited into the lives of hundreds of people and families in my 50 years of pastoring churches. No one, myself included, has escaped without disappointments, being worried and left in the cold. But I live with graceful thankfulness. My down times are a drop in the bucket, as my Ukrainian grandmother, speaking in Polish, would say tenderly to her grandchildren.

Speaking of his blindness, Mr. Bruni writes:  “With my untrustworthy eyes, I gazed up at the night sky all the time.  I discovered the heavens, wondering why I hadn’t angled my face and my wonderment in that direction before … I closed my eyes.  I did this more and more.  It was a dare, an experiment, a grinding.  I did it in Central Park while reveling in the foliage, on a porch beyond which the sun was setting, on a beach, pummeled by an angry surf.  What happened when these images were stolen from me?  How thoroughly was I impoverished?  I refused to do any accounting.  I had the sound of the foliage, along with the caress of the wind that was orchestrated on my skin.  I had the bird song at dusk.”

O Lord, you search me and you know me.

You yourself know my resting and my rising;

you discern my thoughts from afar.

You mark when I walk or lie down;

you know all my ways through and through.

For it was you who formed my inmost being,

knit me together in my mother’s womb.

I thank you who wonderfully made me; how wonderful

are your works, which my soul knows well.

and know my thoughts.

See that my path is not wicked, and lead me

in the way everlasting. 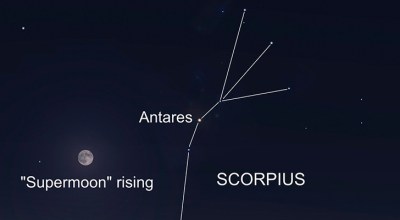