Just a walk in the Park 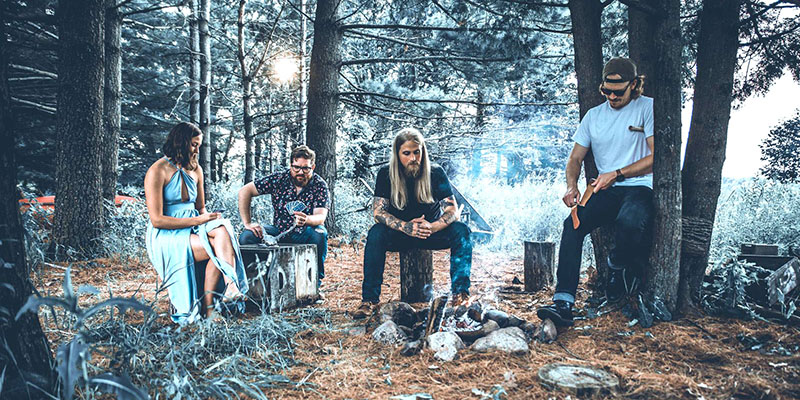 Whalen and the Willows. Photo provided

Joshua Whalen, front man and founder of Whalen and the Willows, recently put an emotional video up on Facebook, imploring people to take in their show at the Parkway Theater later this month.

There was a deep gravity behind his words as he spoke to viewers about the importance of this one show and the feeling that this could be a pivotal moment for the band.

“This is a big shot for us,” Whalen said during a sit-down Monday afternoon. “If we can bring people out and show support that our music is that good it’s going to allow us to open for bigger acts and bigger venues.”

The show is a CD release party for the band’s sophomore effort, “Redemption,” which take listeners on an emotional journey through Whalen’s own life.

The album follows a story woven through the eight-track journey that opens up Whalen’s past battles with alcoholism to the hopes of brighter tomorrow and raising his daughter.

“Here’s a good chance to maybe redevelop myself,” said Whalen, who has been clean for a year and four months. “The record kind of talks about my past and my struggles with mental health and alcoholism.”

“This is my past. I need to get good with that,” Whalen added. “It’s a very frightening, difficult journey.”

The album carries on through health problems that included a blood clot underneath the burdensome COVID-19 pandemic to a more positive future.

“Wonderful things started happening in my life,” he said. “The tail end leaves off where I am now — hopeful and ambitious.”

That’s what the Parkway show, taking place on March 19, has come to represent.

“Redemption” in a lot of ways is an enriching experience of the band coming through to a nexus in its story, and signifying a point where the band is ready to make the leap forward to something lasting.

The follow-up to 2020’s “Peaceful,” “Redemption” lays the foundation of a band ready take the reigns of its future. 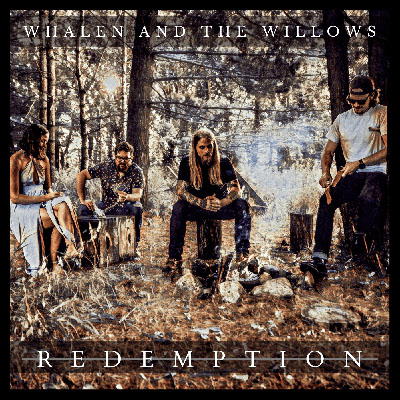 The Parkway show is a CD release party for their second album “Redemption.” Photo provided

“This is essentially our gateway of being looked at as a serious band,” Whalen said.

At its heart, though, “Redemption” is also the mark of a matured band that’s taken a lot of effort to reach this point, especially when you mix a pandemic into the recipe.

“It’s been a lot of work in a ton of different aspects,” Whalen said. “The biggest thing ultimately is us becoming better musicians and becoming much clearer with what we’re trying to do with our music. Raising the abilities to a level where we feel like we have what it takes.”

That confidence is rooted in the band’s ability to try and experiment with new approaches to their music. Whereas “Peaceful” was rooted in Americana, folk and alternative country, “Redemption” finds its anchor in alternative rock influences, but still contains those sounds people will recognize as Whalen and the Willows.

“We decided  on the next record we would try something different, but it’s undoubtedly the Willows,” Whalen stressed.

This leads into the Parkway show, which lends itself to being a very important moment for the band.

“A lot of that is getting enough people to listen to our music, shake enough trees and knock on enough doors,” Whalen said. “Here’s your chance, take a swing. Let’s see if the people come out.”

Whalen and the Willows has enjoyed strong local support over the recent years and Whalen himself knows that support will continue to be important and play a key role in where the band goes from here.

It’s why he put so much emphasis on this Minneapolis show when speaking through his recent video to fans.

“It’s definitely a make-it or break show,” Whalen said, but cushioned those words by adding that it’s just the end of this phase. “If this show doesn’t go the way we hope, it’s not the end of the Willows. It just means we have to improve ourselves and start over.”

This is an opportunity to also establish themselves in a larger chunk of geography. The group saw some traction after “Peaceful,” receiving air time on The Current and a number of other outlets. However, with the coming of the pandemic, a lot of those relationships were severed, leaving the band to continue on to reconnect themselves with the Twin Cities music scene. 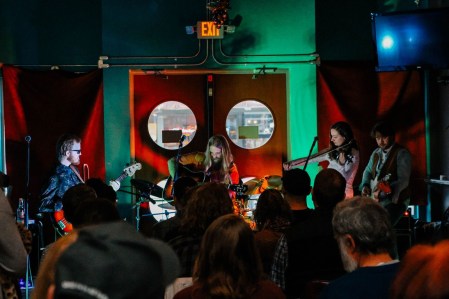 Whalen and the Willows perform at Dusty’s in Austin. Photo provided

“I just think right now we’re trying to reestablish ourselves in those places,” Whalen said. “Ticket sales are doing really well and we’re getting great support from our people.”

Regardless, Whalen said that the band is at a point in its career where all roads lead to one place.

“A good way to look at it is our confidence has grown,” he said. “We’re even more serious. [“Peaceful”] took a lot of money out of my pocket and the band’s pocket to do all of that work. The pandemic sidelined everything and our response was to make a new record. We’re really on the same page. Our confidence is growing, we made another record and we’ll play more shows.”

Whalen and the Willows

What: Whalen and Willows CD release party for “Redemption” featuring Lost in Austin