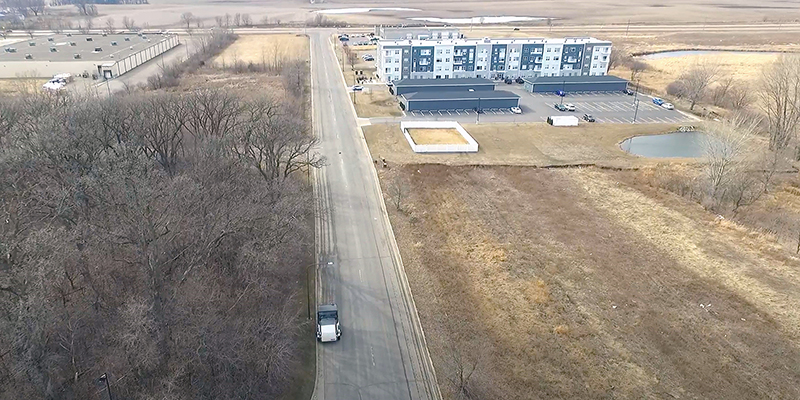 Returning to the streets of Austin this week is a water-quality initiative started a year ago by the city to clean its 150 miles of roadways more quickly from winter’s salt and sand.

Part of an effort to better protect the Cedar River State Water Trail and other local streams, Austin’s two street sweepers and their assisting crews again are operating double shifts (4 a.m. to noon and noon to 8 p.m.) on weekdays this spring to more quickly remove salt and sand left from the sides of roadways.

“Our goal is to have the city’s entire road system cleaned in two weeks, which is about one-third of the time it usually took with regular shifts in the past,” said Steven Lang, director of the city’s Public Works Department.

In March 2021, the city launched the double-shift operation for street cleaning with a goal of it taking three weeks.

Making a big push after snowmelt to clean roadways helps the city remove the year’s largest buildup of sand, salt and other material. Removal keeps the material from being swept by rain into the city’s stormwater system. This helps lower the amount of bacteria, chemicals, chloride from deicing salt and other pollutants from entering local waterways.

Material removed from roads – which also happens during the warmer months of the year – then is taken to an area landfill for use as a daily cover material, Lang said.

Austin has 2,371 storm drains that take in stormwater and snowmelt from roadways. This water then travels through 77 miles of stormwater piping before emptying from 206 outfalls or outlets along streambanks, including the Cedar River, Dobbins Creek and Turtle Creek.

During the winter, the City of Austin addresses slippery roads by using a mix of 90 percent sand and 10 percent salt, Lang said. This is better for the environment and more feasible than using a higher amount of salt.

Excessive salt harms wildlife and human health, and salt is difficult to remove from waterways. In recent years, various government agencies across the state have sought more efficient ways of using salt on roads and sidewalks.

The City of Austin uses other best-management practices, known as BMPs, to reduce the effects of stormwater on local streams and help keep sediments and pollutants from entering waterways, Lang said.

Cedar River Watershed District, based in Austin, appreciates the city’s efforts to protect and improve water quality locally, CRWD administrator Justin Hanson said. CRWD and the City of Austin are part of the Cedar River-Wapsipinicon River Comprehensive Water Management Plan created from the state’s “One Watershed, One Plan” initiative.

“Public safety and protecting our water resources need to be balanced, and the City of Austin does a great job in doing that,” Hanson said.

Austin’s Public Works department has an Adopt-A-Drain program to get citizens to “adopt” specific storm drains in the community to keep them cleared of litter and debris. After selecting a storm drain on an online, city map and filling out an Adopt-A-Drain application, volunteers are expected to routinely sweep the drain.

Adopt-A-Drain volunteers should keep track of the total debris collection from the drain to provide a report to the city.

Those interested in adopting a city storm drain can view options on the city’s website at: gis.ci.austin.mn.us/portal/apps/sites/#/city-of-austin-public-hub

Nearly 30 litter grabbers are also available for volunteers to borrow for cleaning up areas of the community, including shorelines, parks, storm drains, boulevards and trails.

Due to a high demand, Austin Parks, Recreation & Forestry Department then bought more litter grabbers with a smaller reach that’s easier to use by children and some adults.

In 2021, CRWD also used an Austin Area Foundation grant to start a “Fish Clean” initiative focused on raising awareness to the problem of fishing-related litter along local shorelines. A “Fish Clean” logo designed by Austin High student Thyna Nguyen was used for creating stickers added to fishing bait containers sold at local retailers. Plans are to continue this in 2022.

For more than a decade, CRWD has coordinated a local Adopt-A-River program for the Cedar River and local creeks. Volunteers adopt a stretch of waterway to clean at least once a year either along the shoreline or from the water.

Anyone interested in adopting a stretch of waterway or just being alerted when there are community cleanups should contact CRWD outreach coordinator Tim Ruzek at 507-434-2603, ext. 5, or tim@mowerdistrict.org.