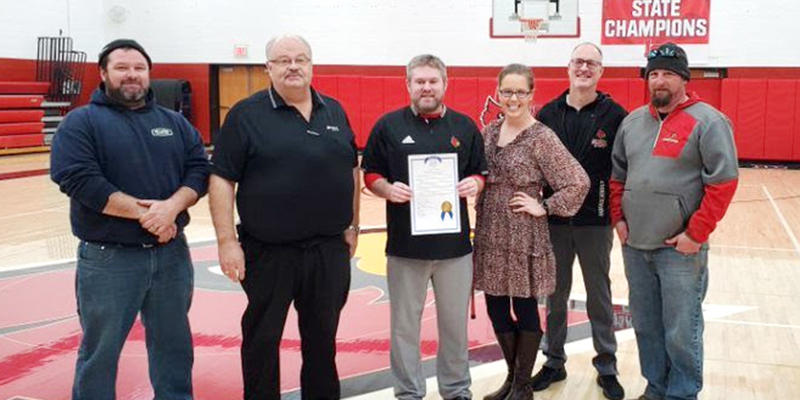 “These student athletes worked incredibly hard to overcome the obstacles of the two years and came back to win the state championship game,” Mueller said. “I commend both the players and the coaches, who earned the state title with their persistence and determination. They played well as a team and were so fun to watch! Congratulations to the entire team.”

The Cardinals won their first state championship in team history, ending the season with a 12-2 record.

“This is an accomplishment the players, coaches, family members and fans will remember for the rest of their lives,” Davids said. “Congratulations to everyone affiliated with the Leroy-Ostrander program. We are proud of you!”