‘I thought women ruled the world’ 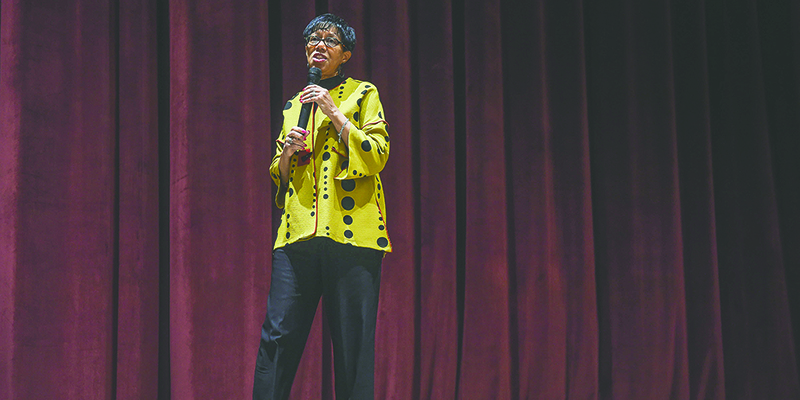 If you’re an athlete who has performed at a Minnesota state tournament, chances are you’ve seen Lisa Lissimore walking along the sidelines or handing out state title trophies.

Lissimore, who is the associate director of the Minnesota State High School League, was this year’s speaker Thursday, during the annual American Association of University Women-sponsored Women’s History Month assembly at Austin High School.

Lissimore’s appearance at the assembly also coincides with this being the 50th year of the highly impactful Title IX federal legislation, which prohibited sex-based discrimination in any school or education program. 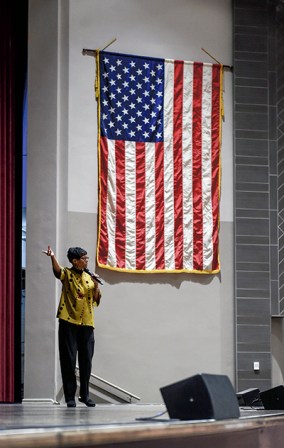 The legislation opened the door for girls like Lissimore to compete in athletics at a competitive level. In fact, Lissimore was on the St. Paul Central girls basketball team that claimed the first Class AA girls basketball title in 1976 — the first year the state tournament split into two classes.

“Because of sport I was exposed to a lot of things,” Lissimore told the assembled crowd. “There was nothing greater than playing in that state basketball tournament and winning it.”

Lissimore’s speech soon turned from sport to influences as she touched on the women in her life that played a special role in her education, including teachers and administrators.

Lissimore put all of these people, together with family, into one very important designation.

“The success I have had in my life is a result of all the wonderful people who raised me,” Lissimore said.

Lissimore related how she was affirmed through school by women from all areas who were strong presences in her life.

In Lissimore’s eyes, they all played a part in developing her into the person she is today.

“These women were a part of the village that truly raised me,” Lissimore said. “These were all my role models.”

“I thought women ruled the world,” she later added.

That affirmation led Lissimore to a feeling of accomplishment and that she could do anything. It’s a mirror to what Title IX and the new world of sport offers to student athletes.

Jen Lawhead, a member of the AAUW, kicked off the program and after the assembly spoke to the importance of exposing students to these kinds of stories.

“I think it’s an important opportunity to highlight the history of where we’ve been,” she said. “It’s important for the student in particular that some things they may take for granted haven’t always been. It’s important to put a name and a face to the lived experience. It’s one thing to read about it in a history book, but another to hear about it.”

Before Lisa Lissimore’s speech, winners of this year’s Women’s History Month contest were named. The four entrants all tied for first.