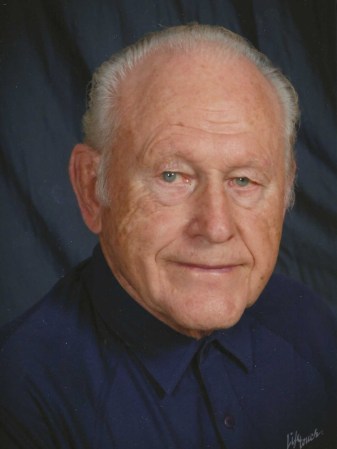 Howard was born August 19, 1926 in Slayton, Minnesota to William and Adelia (Harmsen) Nepp and grew up on the family farm during the great depression. He graduated from high school at Lake Wilson, Minnesota, where he was the quarterback and linebacker on a six-man football team. Howard served in the Merchant Marines as an Ensign for two years during World War II. He again served his country in Korea as a First Lieutenant in the U.S. Army. He returned from the Korean War and graduated from South Dakota State University at Brookings, South Dakota with a degree in pharmacy. Howard married Mary Jane Kelly on August 11, 1957 in what was at the time, the new Westminster Presbyterian Church in Austin. Howard built a life for himself in Austin, Minnesota, owning and operating several pharmacies in the area. His flagship store was Austin Drug which he owned and operated for 48 years. He eventually sold his business, but continued to work as a pharmacist until his retirement in 2005.

Howard served the Austin community in so many ways. He was a faithful member of Westminster Presbyterian Church where he served many terms as a Deacon, Elder and Clerk of Session. He was a member of the chamber of commerce for all the years he was in business and President of Austin Chamber of Commerce in 1966. He served as a police commissioner in Austin during the late 1970’s and early 1980’s.

Howard was a big advocate for community service. He delivered Meals on Wheels for many years until he reached the age of 89. He donated his time to Habitat for Humanity and Spruce Up Austin. Howard was an active member of the Austin Noon Lions for over 50 years. Because of his community work and business, everyone seemed to know him. He was well respected for his ethics in business and service to his church and community.

Howard liked to work hard and play hard. He was an avid gardener and golfer. He sponsored youth sports teams in Austin. He was a big fan of the Minnesota Vikings, Twins, and Gophers. He would travel to the Twin Cities to see games frequently. His pharmacy, Austin Drug, served as an official ticket outlet for the Minnesota Vikings when they started out in 1961.

Howard was preceded in death by his parents; wife, Mary in 2009, brothers, Mahlon Nepp and Roger Nepp and a sister, Marian Nepp.

Howard was a family man and was married to his wife for over 50 years until her passing. He was beloved by his children and grandchildren. Howard is survived by his sons: James Nepp and husband Larry Fonnest, Golden Valley, MN, Daniel and wife Lisa Nepp, Minneapolis, MN, Douglas and wife Barbara Crist-Nepp, Stillwater, MN; daughter: Calleen and husband Curtis Friedel, San Antonio, TX; six grandchildren: Graham, Katherine, Ashley (husband Matt Bergeron), Andrew and Austen Nepp, Caleb Ackerson, and one great grandchild, Halldor Matthew Bergeron; nieces and nephews; and his sister-in-law and long-time friend, Shirley (Kelly) Erickson.

A viewing is offered on Friday, April 22nd, from 4p-7p at Clasen-Jordan Mortuary. A memorial service will be held at 4 p.m. on Saturday, April 23, 2022 at Westminster Presbyterian Church, 802 4th St SW, Austin, MN 55912, with the Reverend Michael Olmsted officiating. No service at the cemetery will be offered at this time since Howard will be cremated and the urn will be buried with his deceased wife, Mary (Kelly) Nepp, at Oakwood Cemetery at a later date; military honors will be presented after the service outside the church with Olaf B. Damm Post #1216, Veterans of Foreign Wars and Austin American Legion Post #91 in charge of military rites.