McKenna Chick hit a three-pointer to put the Vikings up by four with six minutes left in the game and Kristen Watson hit a three to put the team up six.

Hayfield trailed by 13 in the first half, but it responded with a 13-0 run to tie the game at halftime.

“Natalie Beaver was huge in that run and she hit back to back three-pointers to get us going,” Hayfield head coach Kasey Krekling said. “It was an ugly start.”

Hayfield (29-0 overall) will play either Grand Meadow or Kingsland in the Section 1A title game in Mayo Civic Center at 6 p.m. Thursday. The winner goes onto the state tournament.

Hayfield’s last state tournament was in 2008. Krekling graduated from Hayfield in 2007. 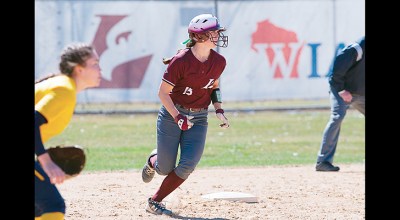