Hayfield boys have their sights set on another big run 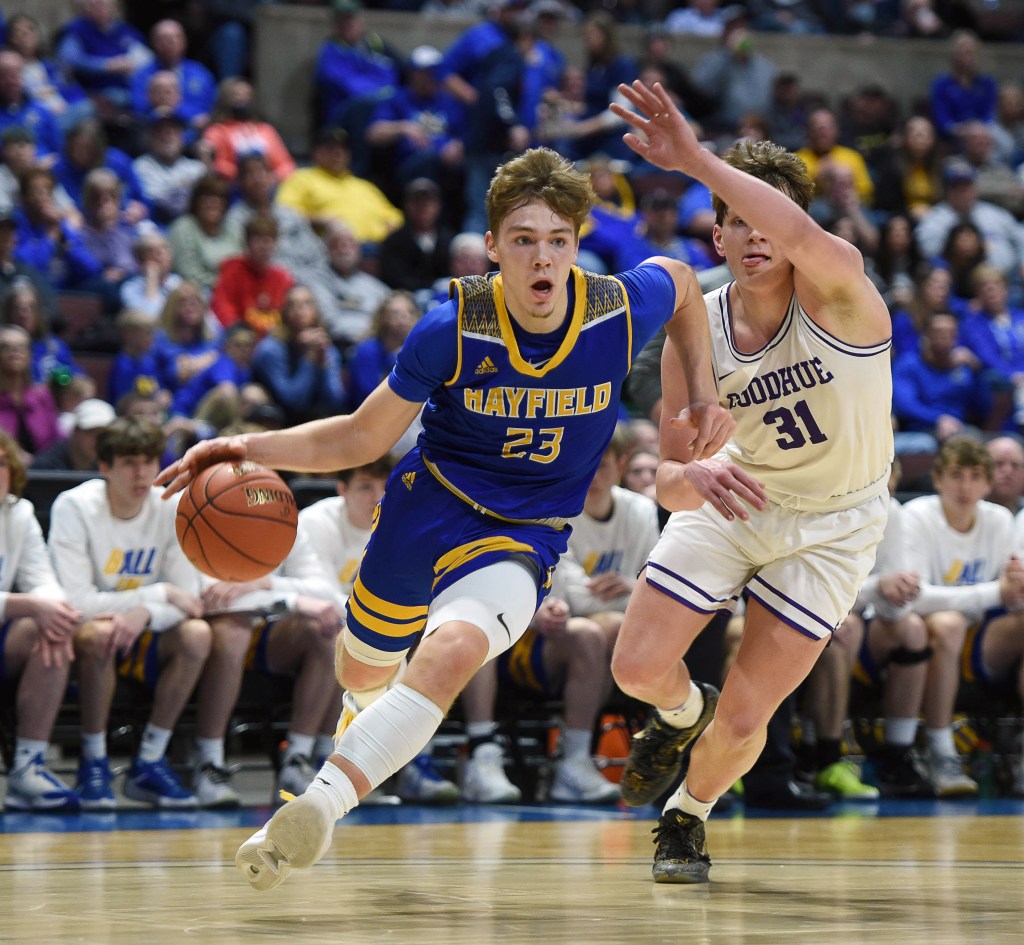 Hayfield's Ethan Pack drives off the wing past Goodhue's Dayne Wojcik during the first half in the Section 1A title game Thursday night in Rochester's Myo Civic Center. Eric Johnson/photodesk@austindailyherald.com

The Hayfield boys basketball team isn’t looking to make any big changes or adjustments, but it is looking to keep on winning as it prepares to defend its Class A state title this weekend.

Hayfield, which won the Class A title last year, will take on Russell-Tyler Ruthton (23-7 overall) in a quarterfinal matchup in Williams Arena at 11 a.m. Wednesday. R-T-R has a strong basketball tradition, winning the state title in 2018. It also was a power in the 1980s and 1990s.

“I think it’s a good matchup. They’re about the same size as we are and they play the same style,” Hayfield head coach Chris Pack said. “They like to get up and down the court. It will definitely be a little different than our last two games against Spring Grove and Rushford-Peterson.”

The Vikings (29-2 overall) have a lot of experience on their side as most of their roster has played in the state tournament. Pack noted that three of the eight teams at state have a lot of players back with state experience.

“It’s a built-in advantage, but it doesn’t guarantee anything. It will maybe calm our nerves a little bit,” Pack said. “We just have to be ourselves. Don’t try to do things that we haven’t done all year. What we’ve done all year is good enough to get us through the game. We just have to play team basketball like we have all year. We have plenty of guys that can score and they’ve been pretty good about recognizing when it’s time to defer to someone else.”

The Vikings have stepped up their defense as of late and that will be crucial if the team wants to repeat as state champs.

“We’re not just happy to be there,” Pack said. “We know there’s more work to do. We’re going there to win it. That’s our goal and anything short of that will be a disappointment. At the same time we’re not looking past this first game.”