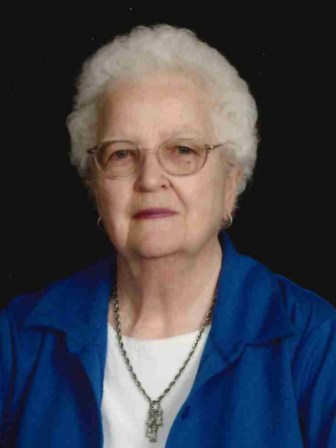 Grace was born February 14, 1923, in Floyd, Iowa. After graduating high school, she moved to Washington, D.C. to work for the government during World War II.

But before moving to Washington D.C., she had met Richard Conway. Richard joined the army and when he was given an honorable, medical discharge, Grace moved back to Elma, Iowa to be with him.

They were married October 11th of 1944. After living in Cedar Rapids, Iowa, and Madison, Wisconsin, they made their final move to Austin, Minnesota.

A service will be celebrated at 11:00 am Saturday, April 2nd, at Mayer Funeral Home in Austin with Father Steffes from St. Augustine’s Church officiating. Visitation will be held from 10:00 to 11:00 am prior to the service.

The family would like to express their deep appreciation to all the staff at St. Mark’s Nursing Home for the care, compassion and friendship extended to Grace. Thank you also to the Ecumen Hospice for their part in her comfort and care.