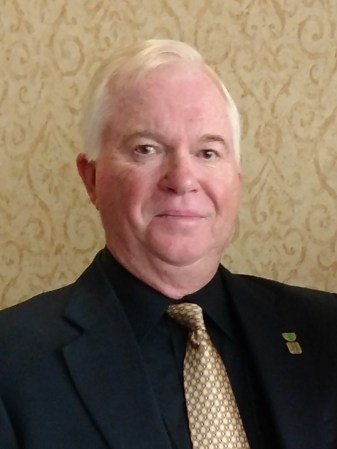 Gary G. Shorrel, age 73, of Chippewa Falls, passed away on March 27 at the Wisconsin Veterans Home in Chippewa Falls under the care of St. Joseph Hospice.

Gary was born to Grant and Della (Anderson) Shorrel in La Crosse, WI on August 7, 1948. As an infant his family moved to Austin, MN where his father worked for Geo. A. Hormel Co. Gary graduated from Austin High School in 1966 and then enrolled in the industrial electronics program at the Austin Vocational Technical School. After graduation he enlisted in the United States Navy serving honorably at Atlantic Fleet headquarters, the USS Pocono, the USS Lexington and the Naval Communications station, Naples Italy. He achieved the rate of Electronics Technician second class and was awarded the Navy Achievement medal by the Secretary of the Navy and the Commander in Chief, Atlantic Fleet for his work on the prototype Tactical Satellite Communications program.

Shortly before his discharge from the United States Navy on August 12, 1972, Gary married the love of his life, Barbara Johnson in Galesville, WI. They would have been married 50 years this August. After marrying, Gary and Barb moved to St. Paul where Gary was employed by Sperry Univac Defense Division. He was employed there seven years and continued his education earning a degree in business administration. After graduating with honors, Gary and Barb, and their young daughter Kelly, moved to Chippewa Falls, WI where Gary was employed at Cray Research. A year later their second daughter Cristina was born. Gary worked at Cray Research which became SGI then Cray Inc. for 27 years. Gary retired from the corporate world as Director of Engineering from CRAY Inc. in 2005 and decided to start his own business.

Gary and Barb were avid boaters on the Mississippi river, leading Gary to pursue a second career as a marine surveyor. He attended the marine surveying program at the Chapmans School of Seamanship in Stuart, FL and eventually worked his way up the ladder to Accredited Marine Surveyor, the highest rating in the marine surveying industry. After seven years Gary fully retired. Gary and Barb then spent part of each winter in Jensen Beach, FL renting a condo on the ocean. After his retirement they also began attending the annual USS Lexington CV 16 Association reunions. Eventually, Gary was elected to President of the USS Lexington CV 16 Association. The USS Lexington CV 16 is now a museum in Corpus Christi, TX.

Gary was preceded in death by his parents; an infant sister; and cousins. He is survived by his wife, Barbara of 49 years; two daughters, Kelly (Rob) Kress and Cristina (Scott) Wildenberg; and five grandchildren, Jackson, Layna, Cooper, Alexander and James.

The memorial service will be held at 11 a.m. on Friday, April 8, 2022, at First Presbyterian Church, 130 W. Central St, Chippewa Falls, WI 54729, with a visitation one hour prior to the service at church. Following the service, at church, there will be Military Honors conducted by the Chippewa Falls Patriotic Council. The interment will be in Oak Grove Cemetery, LaCrosse, WI.

Memorial contributions may be given to the First Presbyterian Church of Chippewa Falls or to the USS Lexington CV16 Association.

Please share your memories and condolences online at pedersonvolker.com.