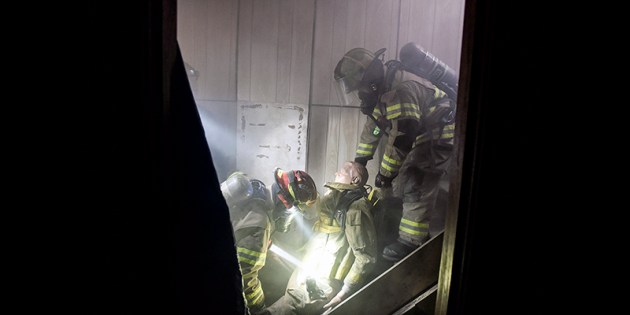 Firefighters train in extraction methods for firefighters during the annual Minnesota State Fire/EMS/Rescue School this past weekend. Eric Johnson/photodesk@austindailyherald.com 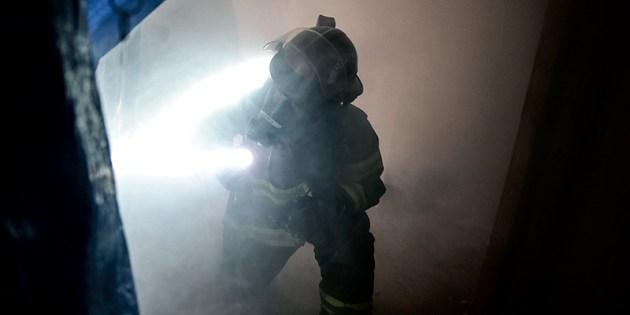 A firefighter searches for a downed firefighter during extraction training Saturday during the annual Minnesota State Fire/EMS/Rescue School. Eric Johnson/photodesk@austindailyherald.com 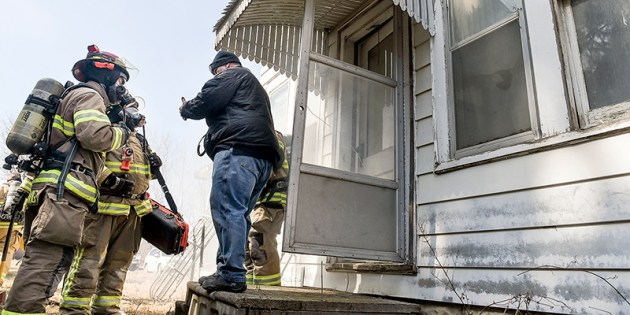 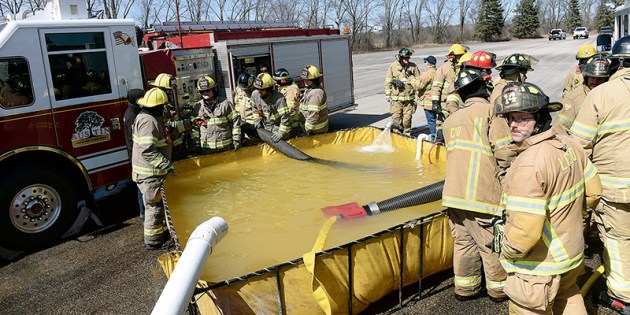 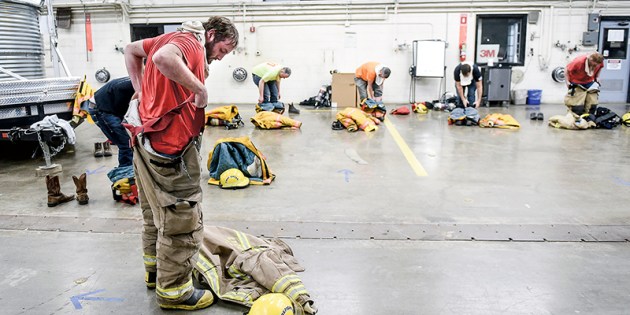 For the first time in over two decades, the annual Minnesota State Fire/EMS/Rescue School was held at Riverland Community College this past Saturday and Sunday.

The two-day school covers a variety of areas and offers increased training opportunities for firefighters of all experience levels.

“It brings in firefighters from all over the state to get some continuing education on lots of different topics,” said Wanda McCoy, Riverland Fire and EMS Training Program director.

Training ranged from modern tactics in attacking fires to extraction training for firefighters down in a burning building.

At this year’s school there were 250 participants from 75 different Minnesota and Iowa fire departments. There were also 15 different vendors.

At its heart the fire school consolidates firefighting knowledge into one area.

While admitting  information on modern and current firefighting techniques are easily accessible over the internet, Jim McCoy said that it’s the individual experiences that lend so much to the classes.

“Information is out there on the internet. Different people specialize in different parts of that information,” he said. “Other people bring that to the table and educate you on that. Training is putting tools in your tool box.”

That knowledge can be spread among the firefighters lending to the strength of each department.

“The benefit is, they’re learning lots of different things,” McCoy said. “You can have four, five different firefighters from your department each go to a class and bring back what they learn from their department.”

But it can also be a two-way street. Not only do those taking part in the school learn and advance their knowledge, it’s an opportunity for the instructors to learn from the individual experiences of the students themselves.

“Every time you go out as an instructor you have conversations with students as the class is being conducted; you learn from your students,” Jim McCoy said. “The instructors should be gaining experience from its students. The discussion is the majority of the learning that is happening.”

This was Wanda McCoy’s 19th year and in that span, it’s the first time the school was brought to Austin. Before that, the event was held annually in Rochester, though she said some have told her it had been in Austin before heading to Rochester.

And it’s set to come back to Austin again next year on March 25-26.

In recent years, RCC’s fire and EMS training program has built itself into one of the finest training centers in the state.

“It’s great for us in the fact we have this great fire center right on our home campus,” McCoy said. “We haven’t been able to showcase this as a fire school before.”

Throughout the weekend, the school used the facilities for a number of training exercises including using the indoor house replica that allows firefighters to train for things like extraction — either for residents of a home or firefighters themselves.

Not to mention, the school is good for Austin itself.

“It’s great to bring all of these people to Austin to help our local business,” McCoy said.

The training taken in during the two-day school has one more benefit, and that’s applied to the future strength of each department.

“There’s always something to be gained, even for firefighters who have been around for a while,” Jim McCoy said. “You should always be willing to learn and willing to educate yourself. The time to gain that knowledge and skills is now. The time to build a foundation is when you’re young.”