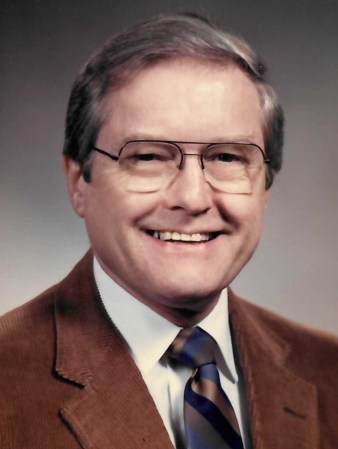 Born Dec 20, 1932 in Spring Valley, MN at the family home to parents Emily Yukel Mlinar and Joseph Mlinar, dying March 6, 2022 at The Cedars of Austin. He was the youngest of 4 children and was affectionately called “Jo Jo” by his family and community members. Joe attended Spring Valley High School, participating in debate, choir, and band, meeting the love of his life, Joyce Dierdorff at 14 years of age. After graduation in 1950, he attended The University of Minnesota, pre-med, and Joyce and Joe were married in 1955. He attended medical school at the university and Joyce taught elementary school. He graduated from The University of Minnesota Medical School in 1957 and his residency took them to Philadelphia from 1957-1958 at Philadelphia General Hospital.

After his residency, he served 2 years in the United States Public Health Service in Eagle Pass, Texas and Mc Allen, Texas. Their love of the Texas and Mexican border region inspired them to set up a private practice in McAllen, where Dr. Mlinar practiced Family Medicine for several years before moving to Austin MN in 1962 to join Drs. Nesse and Christian in private practice. It was a thriving Family Medical Clinic serving the community for many years. Upon the departure of the two partners, Dr. Mlinar joined the Austin Medical Clinic and practiced until he retired in 1997.

Dr. Mlinar was a member of the Mower County Medical Society and was a lifetime member of the American Board of Family Practice. Dr. Mlinar continued his education and maintained his medical license until the age of 82. During his 35 years of practice he was a family doctor treating broken limbs, delivering babies, taking out tonsils and caring for countless patients as their family physician. He had a long and distinguished career as a family doctor and was very dedicated to the care of patients.

As a member of the Hospital Board, he was instrumental in the construction of the new medical building, setting up the Adams, MN medical clinic and hospital and the transition of the Austin Medical Clinic into the Mayo Healthcare System. He served as the Austin Public Schools doctor for many years and carried this passion for students into the Mayo Medical School where he served as a preceptor, allowing Mayo Medical students to move into his home for up to 2 weeks, following him daily, and learning the rigor of family medicine.

He was pleased to be appointed and serve on the first Human Rights Commission of Austin in the 1960’s and was an advocate for social equality and human rights. This passion for caring for patients and healthcare rights guided him while he served as a delegate to the MN Medical Association. As a member of the First Congregational Church, he served on various boards and committees such as The Deacons, Trustees and Endowment Committee. He was a participant in the church choir and enjoyed other small groups within the church community.

He was always interested and concerned about the welfare of his 3 children and 7 grandchildren and he will be remembered for his love of family. Strong of spirit but kind and gentle, bright but humble, and man of integrity and service to others. They remember his ability to fix anything and the many family vacations they took. He made every effort to attend his grandchildren’s music and sporting events and was always seen behind the camera. Convinced Grandpa could fix anything, his practice soon became focused on repairing toys and doll limbs. When asked about their father/grandfather, all would reply that they remember his most famous phrase: “What is for dessert?”

Joe had many interests and was accomplished in music, photography, building and flying remote control airplanes, sailing and movie making. His love of travel took him around the world. He climbed to the base camp of Mt. Everest with his son Joe, visited China, Greece, Africa, Europe and South America. There was not a corner of the earth that he was not interested in exploring, with his last solo trip being the Patagonia region where he captured some of his favorite photos.

The family is forever grateful and deeply appreciative for the compassionate care of the staff of Primrose, The Cedars of Austin, The Mayo Medical Clinic, and the Mayo Hospice team.

Sharing of Memories will be held Monday March 21 at 1:30 pm at Clasen-Jordan Mortuary. The Mlinar Family will greet friends from 12:30 to 1:30 Monday afternoon prior to the service. In lieu of flowers memorials preferred to the Mayo Clinic Health System-Austin Foundation, or donor’s choice.