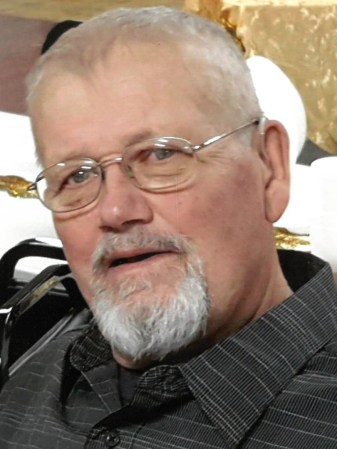 Douglas “Doug” Edward Chaffee, age 75, of Austin, Minnesota, passed away on Saturday, March 5, 2022, at Good Samaritan Society – Comforcare in Austin after a brief battle with a rare form of leukemia. Doug was born on December 14, 1946, in Austin, Minnesota to Warren and Jeanette (Lerud) Chaffee. He was baptized into the Christian faith at St. Olaf Lutheran Church in Austin. He went on to be confirmed at Our Saviors Lutheran Church in Lyle, Minnesota. Doug attended Shaw Elementary School and the 7th grade at Austin Central. His family moved to an acreage near Lyle, Minnesota, where he attended Lyle Public School and graduated in 1964. Doug also attended the junior college in Austin for a short time. Doug married the love of his life, Joanne Hotson, (high school sweethearts) on February 26, 1966. They were married for 56 years and raised three beautiful children. Doug began his employment with the George A. Hormel Company in July of 1965. He worked there doing various jobs for 44 years. Doug enjoyed gardening, fishing, hunting, horseshoes, woodworking, and bird watching. He enjoyed watching his grandchildren at their sporting events and drama productions. Doug truly loved talking with his many friends and family. He loved his Lord Jesus and looked forward to entering heaven. He was a faithful member of Our Saviors Lutheran Church in Lyle for over 40 years, where he taught Sunday School 20 years and served as a deacon. Doug currently attended Grace Lutheran Church in Austin, where he attended regularly with Joanne. He enjoyed helping with the church rummage sale every year and met some very “special” friends. Doug was a kind and humble man and was loved by many. God has received a most beautiful and grateful angel. He will be missed by many.

A funeral service will be held at 11:00 a.m. on Friday, March 11, 2022, at Grace Lutheran Church in Austin. Visitation will take place from 4:00-7:00 p.m. on Thursday, March 10, at Worlein Funeral Home in Austin and will continue for one hour prior to the service at the church on Friday. Interment will be in Six Mile Grove, Lyle, Minnesota. Worlein Funeral Home of Austin is assisting the family with arrangements. Condolences may be expressed to the family online at www.worlein.com.