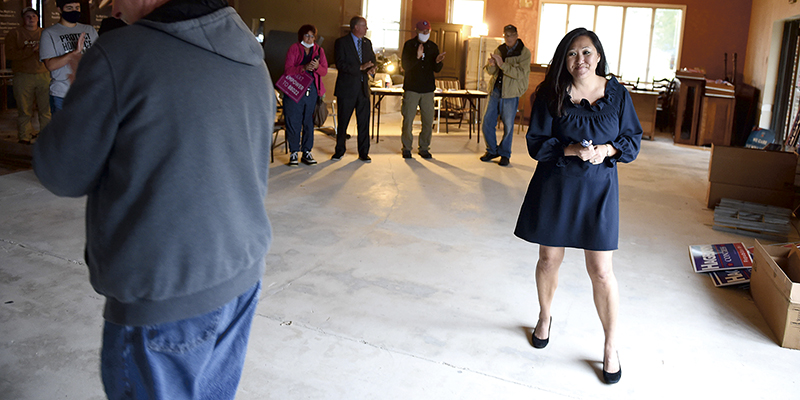 Carnahan said Monday she is running in the special election to finish Hagedorn’s term representing southern Minnesota’s 1st District after he died of cancer last month.

“Though my heart is still heavy after Jim’s passing, the encouragement I have received from throughout southern Minnesota has inspired me to carry on his legacy by running to complete the remainder of his term,” Carnahan said in a statement announcing her candidacy.

Carnahan said she is committed to continuing her husband’s legacy of fighting to secure the border, defending conservative values and safeguarding the integrity of elections.

Carnahan joins a crowded field that includes at least eight other Republicans, along with six Democrats and one Legal Marijuana Now Party candidate. The filing period for the special election closes Tuesday.

Hagedorn died of kidney cancer last month. Gov, Tim Walz has called a special primary for May 24, followed by a special election on Aug. 9 to fill out the rest of Hagedorn’s term.