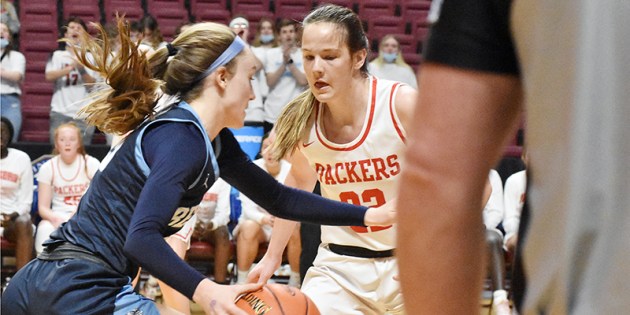 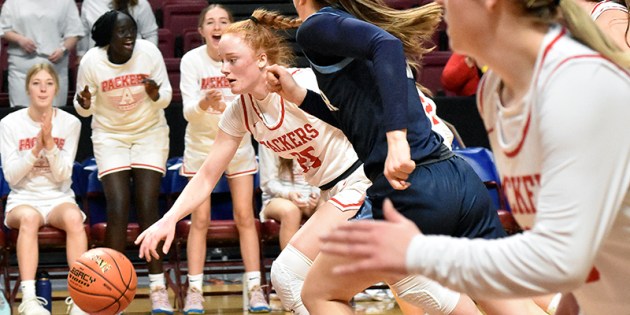 Cassidy Shute takes off in transition for the Packers during the first half against Becker in the Minnesota Class AAA Girls State Basketball Tournament at Maturi Arena. Rocky Hulne/sports@austindailyherald.com 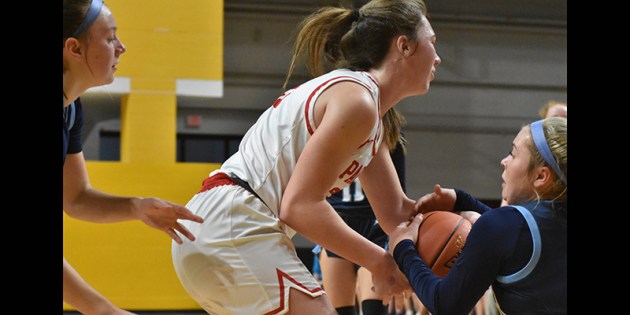 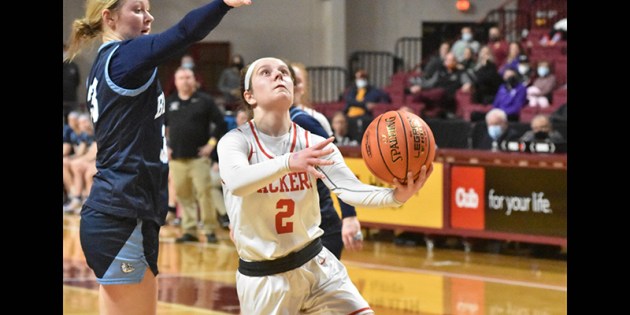 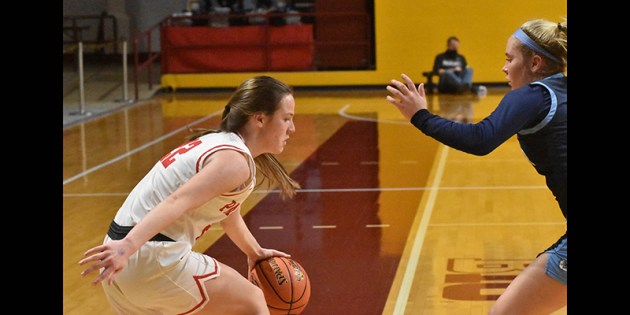 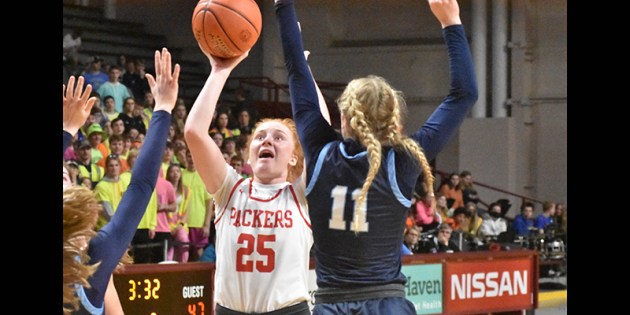 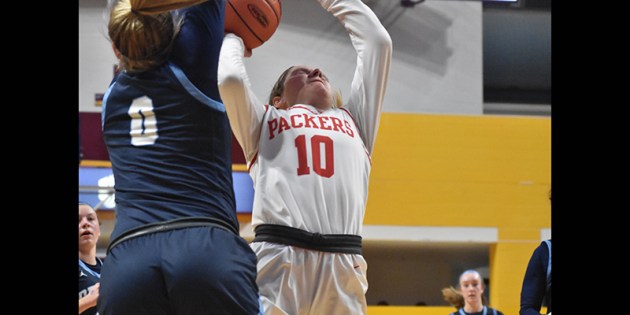 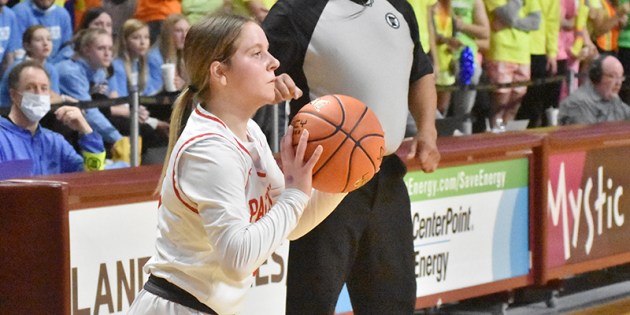 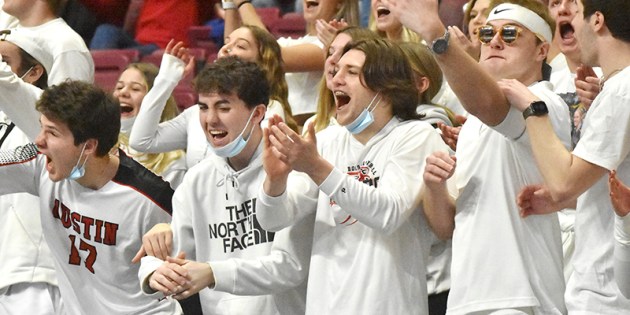 Austin's student section celebrates a second half score by the Packers. Rocky Hulne/sports@austindailyherald.com

MINNEAPOLIS — The Packers gave the defending champs all they could handle and more, but a scoring slump at the wrong time doomed Austin’s chances as it lost to No. 1 seeded Becker 53-48 in the Minnesota Class AAA Girls State Basketball Tournament quarterfinals in Maturi Pavilion Wednesday.

Becker closed the game on a 12-0 spurt over the final four minutes as Austin committed a couple of crucial turnovers in the final minute, while protecting a one-point lead. The Bulldogs grabbed the lead for good when Ayla Brown converted a lay-up to make it 49-48 with 35 seconds left. The Packers turned the ball over the ensuing possession and Becker iced the game when Danielle Nuest scored on a backdoor cut to make it 51-48 while Austin was trying to foul with 10.5 seconds left. Nuest  drew a foul, but missed the free throw and the Bulldogs secured the rebound, which led to two more free throws by Alexis Rose.

“I’m not sure how much they knew about Austin, but we know a lot about Becker. We both run the exact same system and that game was predictable,” Austin head coach Eric Zoske said. “We’re proud of the girls. It’s a brutal locker room after a loss like that. Moments like this stink and they stick with you for life, but they also build personal character. When you give full effort you have to live with the results and unfortunately, this game didn’t go our way.”

Austin looked to be headed to the semifinals when Olivia Walsh cut to the hoop and scored to make it 47-41 with 4:58 left in the game and Reanna Schmitt hit one of two free throws to make it 48-41, but the Packers would never score again.

Adeline Kent hit back-to-back threes to bring the Bulldogs within 48-47 with 2:11 left.

“We knew it was coming and we knew they weren’t going to fold,” Zoske said. “We just needed a bucket down the stretch and we didn’t get that one more bucket that we needed.”

“I knew I had to work hard. We always have to work hard. But with them being a smaller team, I knew I had an impact” Schmitt said. “They had a good game plan and they executed down the stretch. Their defense gave us some problems.”

Walsh, a junior, gave Austin 12 points and nine rebounds. She is competing in her second state tournament of this school year as she also swam in the Class A State Swimming and Diving Meet this past fall. Walsh has bonded with Austin’s senior class and it was tough for her to see things end so suddenly against Becker.

“It’s really hard knowing that the seniors are going to be gone next year,” Walsh said.

Zoske felt that the Packers were a little overlooked as he thought his team should be a No. 6 seed, not a No. 8. His team’s play proved that point as the Packers pushed Becker to its limit.

Becker (24-4 overall) celebrated at center court as a team after the win, which is a rare sight for a defending champion in the first round. Bulldogs head coach Dan Baird echoed Zoske’s sentiment on the seedings and he gave Austin plenty of credit for pushing his team.

“Austin is a fantastic team and I don’t know how they ended up being our first round matchup,” Baird said. “They have a tremendous starting five and we knew they would be a tough matchup.”

Austin scored four straight points to go up 14-7 with 9:12 left in the first half after Schmitt scored in the paint and Hope converted a fantastic up and under lay-up.

The Packers will next play a consolation round game at 2 p.m. Thursday at Concordia University.