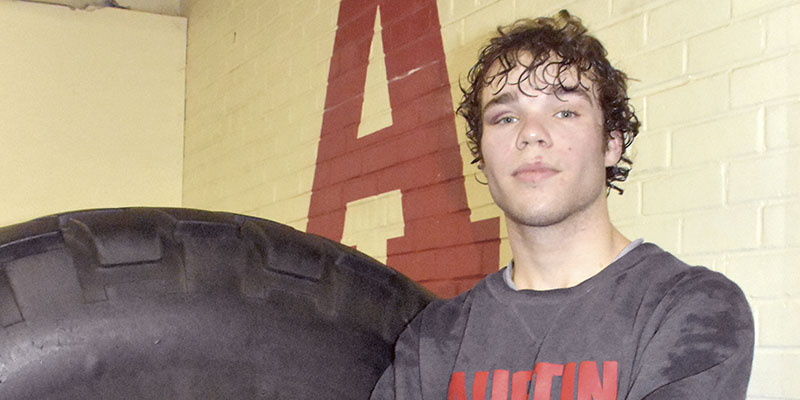 Austin senior Lathan Wilson was learning a lot about wrestling before he was ever on a team and now he’s going to show off his skill set at the Minnesota State Wrestling Meet.

Wilson, who wrestles at 126 pounds, was wrestling with his older brother Aidan by the time he was three years old and has also grappled with his younger brother Garrin over the years. The Wilson family has a mat in their basement, which allowed Lathan to put in plenty of time in the offseason. 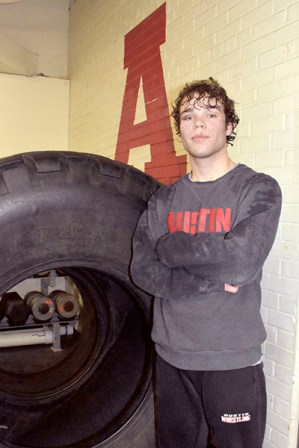 “I’ve been practicing with my brothers around the house with my brothers since I was a kid. I’ve had a brother on the team the whole time that I’ve been here,” said Lathan. “I want to do my best at state and I want to get on the podium.”

Lathan is bringing a record of 28-7 overall into the Class AAA state meet, which begins at the Xcel Energy Center at 9 a.m. Friday, but that mark may be a little bit deceiving as he spent the first half of the season recovering from a football injury. Wilson was back with the Packers by Christmas break, but it took him awhile to get back to where he wanted to be.

“I wanted to overcome that injury and I wanted to prove to myself that I could get back full strength,” Lathan said. “I finally felt 100 percent just before sections and that was more from a mental recovery.”

Austin head coach Jacob Nelson said that Wilson has shown a big work ethic in the wrestling room and he wanted to get back in action as soon as possible this season.

“He was eager to get on the mat as soon as he could. We almost had to wrap him back in a little bit,” Nelson said. “It’s just been a process of letting heal and building up his strength to compete at this high of a level. He’s done a good job and I think he has a very high pain tolerance.”

Wilson will take on Grant Marr of Forest Lake in the first round of the state meet.

Nelson said it is a big deal to have a Packer wrestler out there amongst the best in the state.

“This is exactly what we need. We think a good portion of our athletes are capable of wrestling at that level and they just need to believe it,” Nelson said. “We’re excited. I think a few people on our team may have a little bit of FOMO of Lathan. They wish they were in his shoes. I think a life lesson can be learned from winning or losing at the state or section tournament.”