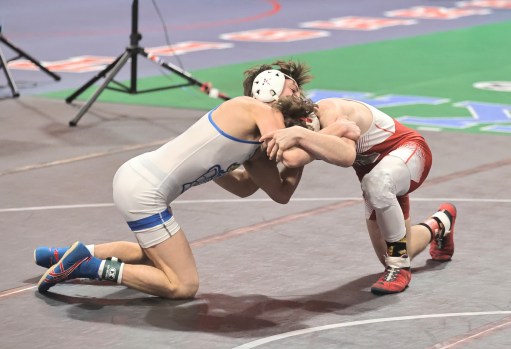 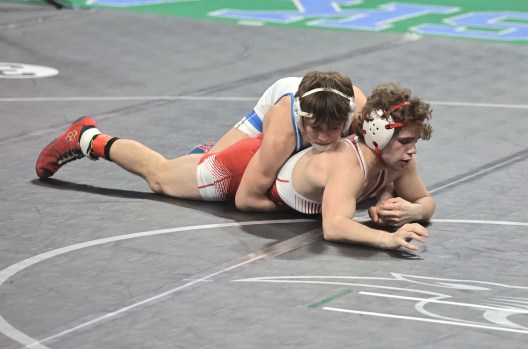 The state wrestling meet is underway in the Xcel Energy Center and a few area wrestlers have already won a match.

Austin senior Lathan Wilson opened the Class AAA tournament with a forfeit win at 126 pounds, but he lost his quarterfinal match to Landon Robideau of St. Michael/Albertville, who is 44-1 overall, on a first period pin.

Wilson, who is now 28-10 overall, beat Liam Anderson of Rosemount 12-1 in a consolation match and he will take on Lincoln Vick of Waconia in the next match.

Five area wrestlers also got started in the Class A field.

Westfield’s Tyler Archer won his first match with a 7-1 decision over Koby Endres of Wadena-Deer Creek at 170 pounds and he was pinned by Gabe Gorecki of Royalton in the first period of the quarterfinals. 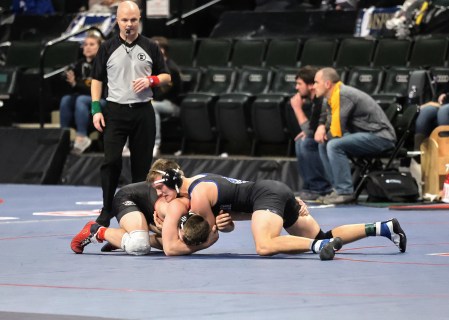 GMLOS’s Christian Luthe won his first match when he pinned Nick Willhite of Tracy-Milroy-Balaton-Westbrook-Walnut Grove at 285 pounds, but he lost 8-3 to Jeremy Mugg of Royalton in the quarterfinals.

At 138 pounds, GMLOS’s Cohen Wiste won his first match 6-4 over Lane Fink of Canby and he lost 12-2 to Christian Prater of Blackduck/Cass Lake-Bena/Kelliher in the quarterfinals. 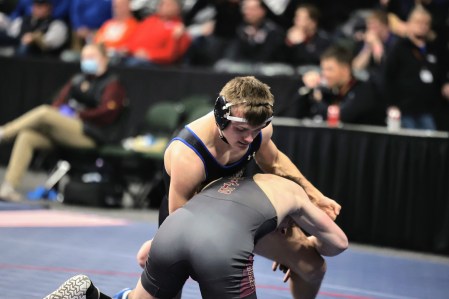 Westfield’s Cade Christianson was pinned by Austin Kiecker of BOLD.

Westfield’s Bo Zweiner lost his first match to Masyn Patrick of Holdingford by a score of 9-1 at 120 pounds. 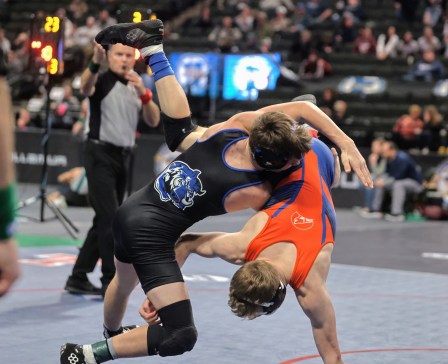