As budget surplus grows, debate over what to do with it intensifies 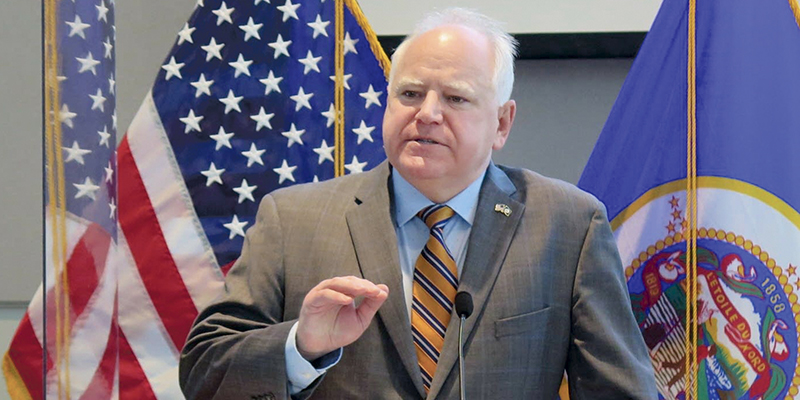 Minnesota lawmakers found themselves swimming in surplus money Monday, as finance officials cautioned that events in Ukraine add uncertainty to a new forecast.

“If you look at the oil prices anticipated in this forecast, they’ll become higher. If you look at markets and financial markets, they’re going to be unsettled,” said state Management and Budget Commissioner Jim Schowalter, noting that the national economic model contained in the forecast was completed before Russia invaded Ukraine.

Finance officials said the projected surplus through mid-2023 has grown because the national economy outperformed earlier expectations. In turn, Minnesotans’ incomes were up, and the state expected to collect more income and corporate taxes while spending was slightly lower for public schools and health and human services programs.

The state is in a strong financial position, officials said, but several factors made a long-term forecast difficult.

“This is a good position for Minnesota to be in,” said Gov. Tim Walz, who thanked Minnesotans for enduring the COVID-19 pandemic. “This is good news for Minnesota.”

The governor doubled down on plans he announced already for the budget surplus.

Walz proposed tripling the amount of “Walz checks”— one-time direct payments he proposed earlier — to $500 for individual taxpayers and $1,000 for couples.

“These are two things that the vast majority of folks on both sides of the aisle agree on,” Walz said of the unemployment money and bonus pay.

Walz also suggested he was open to permanent tax cuts, especially for Minnesotans at the lower end of the income scale.

“We are not that far apart,” Walz said.

The state “is overtaxing the people of the state of Minnesota at a time when they’re struggling with record inflation. We know record inflation is affecting all of us,” Miller said. “It’s eating away at family budgets, and the best way to address that is providing permanent, ongoing tax relief.”

Senate Republicans have proposed cutting the rate on Minnesota’s lowest income tax bracket, which would benefit all income taxpayers, and eliminating taxes on Social Security income, which would primarily benefit seniors with higher incomes.

“Today’s forecast shows that Minnesota’s economy is doing well — at least at the surface level, with corporate profits continuing to wildly outpace expectations,” Hortman said. “Now it’s our job to address the challenges that people are facing and ensure that workers and families are benefiting from the economic growth they are helping create.”

Hortman said she would be cautious about making long-term commitments on either tax cuts or permanent spending. Hortman said she would support some relief on Social Security taxes, but she questioned the need to cut taxes for some seniors with large incomes when young teachers are struggling to earn enough to stay in their profession.