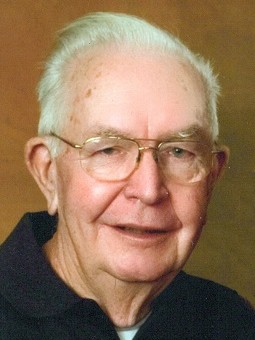 Thomas Lawrence Gilderhus Jr. was born on November 9, 1933 and passed away on February 13, 2022 at St. Luke Lutheran Home in Spencer, IA. He was born in Hayfield, MN, as the first of five children to Thomas and Myrtle (Lee). He was baptized in Hayfield, MN, at Trinity Lutheran Church and confirmed in faith at Little Cedar Lutheran in Adams, MN. Growing up Thomas was a member of the Boy Scouts and helped with the football team. At the age of 17, he enlisted in the Air Force and went to Korea to fight for his country. When he returned home he met Patricia Boone and they started their beautiful life together. They were married on January 19, 1964 at First Lutheran Church in Albert Lea, MN. After their marriage they welcomed 3 children into their lives; Nancy, Scott, and Jon.

Throughout his life Tom was an avid fisherman and hunter, something he enjoyed teaching his grandchildren to do any moment he could. This included fishing (although we all learned to watch out for his fishing cast!), shooting a bow and arrow, and thinking through how to make any “trendy” craft. He looked forward to his yearly fishing trips up north to Lake Hubert. He would hunt pheasant and deer when in season. He loved woodworking, especially making toys and puzzles for the grandchildren. He enjoyed wine making, often winning ribbons at the Clay County Fair, even though he never won the elusive “best in show”. He was so proud when he won 3rd place at the Iowa State Fair for his wine. He worked at Superior/Witcow as a tool and die maker, but when the manufacturing plant closed he found a new business adventure. Teaming up with Dale Brandt, the T&D Machine company was created and they made small tool and die work for the area, often doing custom work for antique tractors.

He was a family man and his family meant the world to him. As he moved along in his life and forgot the details of many things he would remember his siblings, aunts, and uncles. Family heritage was very important to him and he instilled that attribute to his children. Especially keeping the lefse making tradition continue – even though the family is split on lutefisk.

When asked to sum up his life, Tom’s wife Pat said, “He had a very good life. He was born, he fished, he died.” We all nodded in agreement.