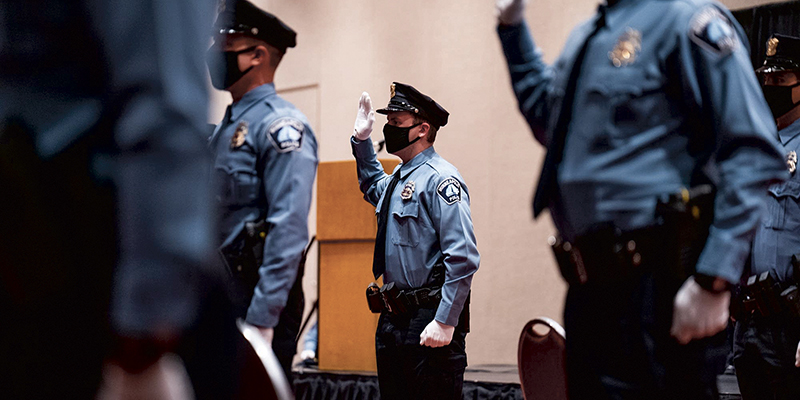 Sen. Karin Housley, R-Stillwater, the bill’s author, is proposing a $1 million appropriation this year for marketing and advertising efforts. She said many people in law enforcement are feeling unappreciated.

“We’d be advertising the value and the need for being a peace officer, and the rewarding career that it can be, and the wonderful and hard work that they do,” Housley said. “It is my hope that we can elevate and recognize all law enforcement professions and spread the word of this rewarding and honorable career.”

The bill directs the Department of Public Safety to run the effort along with the Peace Officer Standards and Training Board.

The judiciary and public safety committee voted 7-2 for the bill. It goes next to the finance committee.

Jeff Potts, executive director of the Minnesota Chiefs of Police Association, said he thinks the legislation could help reverse a troubling trend.

“Law enforcement agencies across the state, and frankly across the country, are experiencing significant challenges,” Potts said.

Sen Ron Latz, DFL-St. Louis Park, voted against the bill. Latz questioned the effectiveness of a $1 million advertising campaign and asked whether the money could be better spent elsewhere.

“I don’t think that a $1 million marketing and advertising campaign is going to undo the conduct of a very limited number of law enforcement officers that have behaved inappropriately or wrongfully,” Latz said. “I just don’t know if it’s $1 million that would be well spent.”