Roger Boughton: One man’s journey and story as an immigrant

Immigrants are those individuals new to America and Austin who can make a real difference the community. They are those special individuals who make the schools hum, the charities flourish and the small businesses prosper.

You never read about them  or see them on television but you benefit from their dedication to their family and their ability to make their contribution to the community and their neighbors’ lives a little better. They often have a fierce desire to do better and succeed. They are known as immigrants and as such are new friends or neighbors to the community. They might  live across the street or just down the road as they blend in and contribute to the community of Austin.

Today I share with you the story of a young man who comes from a small community just south west of Mexico City. His name is Rolando Benitez Ocampo. As I look across the table at this young man, I recall that he is not much different from my own family who originally came from Canada. However, his beginning was much different and heart breaking to listen to and learn from.

He came with his mother and father and first settled in Toppenish, Washington. His older brother came earlier and planted the seed that the United States is welcoming and a good place to live and work. Rolando was three years old and the president of the United States at the time was Ronald Reagan. President Reagan signed into law the Immigration Reform and Control Act, which legalized most undocumented immigrants who had arrived in the country prior to Jan. 1, 1982, and had family or relatives living in the United States.

After having lived in the United States for a period of years when Rolando was 13, his father returned to Mexico and his mother decided they would take up an offer from a friend in Austin to come for a two-week vacation and see what Austin was all about. Rolando brought his bike along and during the two weeks he spent nearly the entire time each day riding his bike from one end of the community to the next. The beautiful parks were inviting and the school buildings clean, huge and interesting to a young boy of 13.

Wescott Field was outstanding as it offered everything. He knew right away on the first day on his bike that this was his place. Rolando’s mother thought the community had opportunities for those like herself who wanted to work hard. Thus, Rolando’s mother applied for a job and was accepted at Hormel.

Rolando began his life in Austin as an eighth-grader in the fall and his world and its possibilities opened up to him in this new home.

He excelled in football, wrestling and track; however, his first love was graphic arts and he found a teacher, Craig Knippel, who became his mentor and believed in him. Knippel saw the creative side of Rolando and taught him how to be accountable and set goals.

He enrolled at Riverland Community College and began his college education. He graduated with an Associate Degree and transferred to the University of Wisconsin at Oshkosh. Away from home, one drink led to another and soon drugs entered the picture and Rolando became addicted. Church became less important and his life turned upside down. One job led to another and soon he came to the realization that he needed a skill and wanted to see America and be away from his problems. He enrolled in Riverland Community College’s truck driving program. Once certified he traveled throughout the country as a long-haul trucker. His relationship with a significant other soon deteriorated and he no longer had contact with his son.

At this point in time word was received from Mexico that his dad had been murdered. The world was falling apart around him when he sought professional  help and after much struggle, becoming sober in 2021. He has migrated back to church to find community and support and reawakened his dream of helping others. College has become once again important to him as he is enrolled part time at Brigham Young University-Idaho. He has volunteered in several community organizations in Austin and is employed at T-Mobile. His goal is to become an important part of his son’s life who lives near-by.

Rolando’s story is a story of an immigrant which is not unlike the story of many young men born in America who struggle to find their place in the world.  Austin was a life line and an anchor to a better life for Rolando. Yes, he is well on his way to a better and more meaningful life! 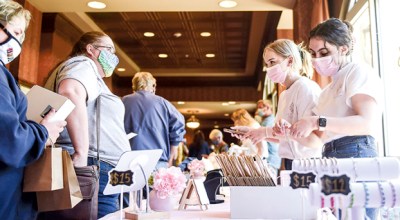 Marvin Repinski: A review of the novel, ‘The Final…