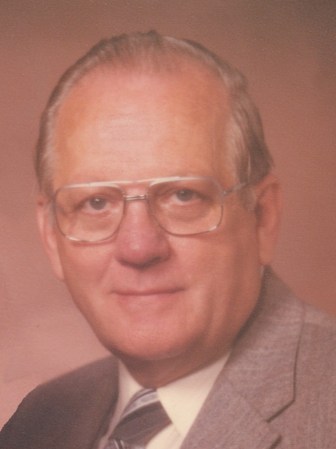 Robert Dean Hanson was born June 2, 1926, to Charles and Goldie (Jacobson) Hanson on a farm near Stacyville, Iowa. He attended schools at Stacyville and St. Ansgar. After his father’s death in 1942, he moved to Adams where he graduated from high school.

On the very first day he attended school in Adams, he met the love of his life, Ramona Anderson, on the bus heading to school. She was 13 and he was 15, and that was the start of their long love story. In 1950, they were married. Together they raised five children. In 2020, they celebrated 70 years of a happy, blessed marriage.

Bob farmed with his mother for several years before joining the staff at Farmers State Bank of Adams in 1955. A few years later, he worked for five years at Root River State Bank in Chatfield as an officer and director before returning to Farmers State Bank. He attended the University of Wisconsin-Madison for many summers to earn a Certificate in Banking. He worked his way up in banking and, by the time he retired in 1987, he was a co-owner and the Bank President of Farmers State Bank.

Bob was confirmed at Little Cedar Lutheran Church and was an active member of Little Cedar Lutheran Church and Chatfield Lutheran for 5 years while the family lived there. He served on their councils as a deacon and a trustee, taught Sunday School and junior confirmation class for many years, and sang in the choir. His favorite hymn was Holy, Holy, Holy. Bob stated that throughout life he memorized and treasured many personally meaningful Bible verses. A favorite was John 14:1-3 which is a tremendous promise and gift.

In addition to spending time with his family, he enjoyed “The Farm”, travel, reading, a good game of cards and, of course, his banking career. Bob served as a Director and Treasurer of the local DAC and was a Board member and Treasurer of St. Mark’s Lutheran Home for 6 ½ years. He assisted with Boy Scouts at Chatfield.

Funeral services will be held at 11:00 am on Saturday, February 26, 2022, at Little Cedar Lutheran Church (308 NW Lewison St Adams, MN 55909.) Visitation will be at Little Cedar for one hour prior to the service. For those unable to attend in person, you are invited to join a live stream of the funeral service starting at 10:50 am CST on the Little Cedar Lutheran Church Facebook page https://www.facebook.com/littlecedarmarshallchurches/.

Memorial contributions in Bob’s honor may be made to the Southland Faith Community Food Shelf c/o Little Cedar Lutheran Church.