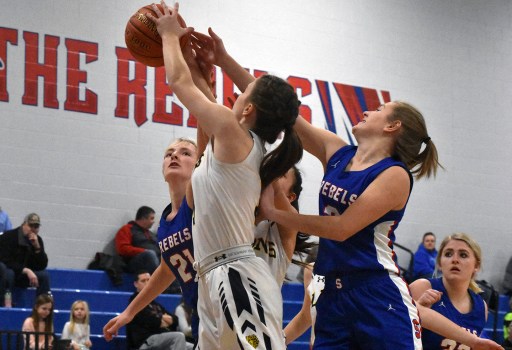 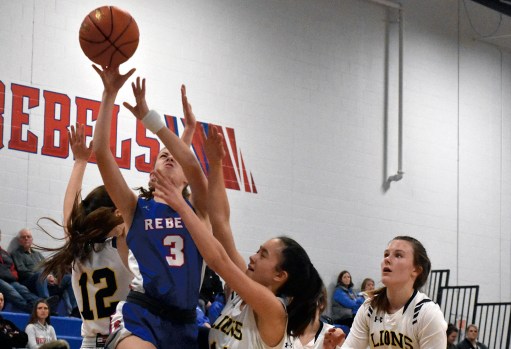 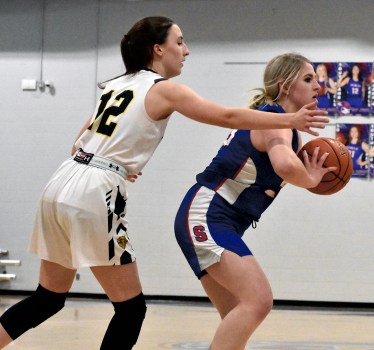 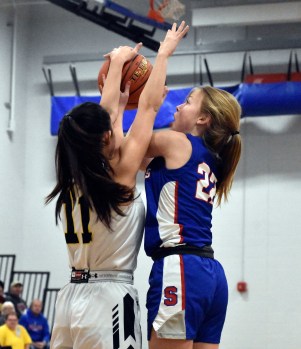 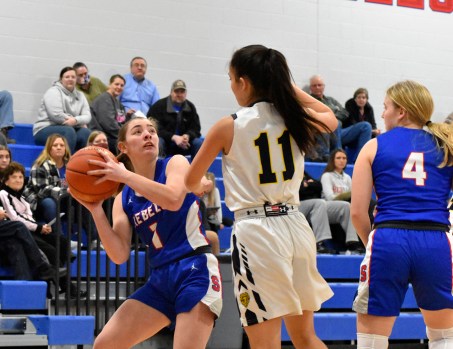 ADAMS — It was a very unusual day for the Southland girls basketball team as the players went straight from the classroom to the gym within 30 minutes on Tuesday. The Rebels, who began their game against Schaeffer Academy at 4:30 p.m. due to caucuses, were also recovering from a tough loss at Kingsland just 22 hours earlier, but none of that was enough to slow down Southland. The Rebels never trailed in a 65-36 win.

Southland started a little slow as it led just 13-9 eight minutes into the game and it was as close as 23-17 with 6:46 left in the first half.

“It was really weird. It was odd,” said Southland junior Bria Nelsen, who finished with 11 points, seven rebounds and three assists. “We ran in the gym for warm ups and there were like three people in here. I felt like I was in junior high again.”

Olivia Matheis ignited the Rebels when she hit a three to make it 26-17 and Southland went on to put together a 13-1 run to pull away before halftime.

Southland sophomore Katelyn McCabe gave her team a lift on the court with eight points, seven rebounds and three steals and she also gave her squad a boost by cheering on her teammates.

“I feel like we were all kind of winded today,” McCabe said. “We had to really bring energy on the bench, because our gym was kind of dead. We were louder in the second half and that helped.”

The Rebels used two freshmen in the win as Jaida Sorenson had eight points. The team also played one middle schooler.

“The young girls come right in and that’s how it has always been,” McCabe said. “We always have a few freshmen who have to step and play varsity.”

Southland (7-12 overall) was coming off a strong effort the night before as it led at halftime against Kingsland before losing on Monday night.

“Last night we flipped a switch and that was the best we’ve played all season,” Nelsen said.

Bailey Johnson had 20 points and seven rebounds for Southland.