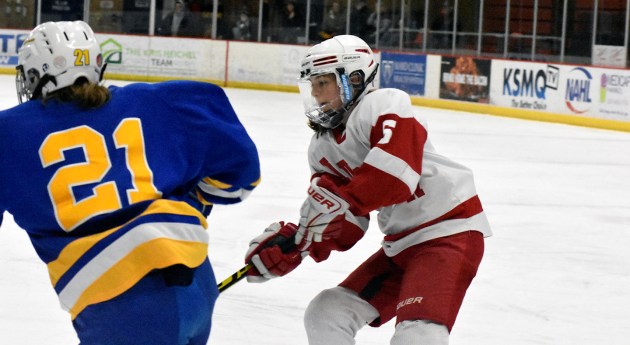 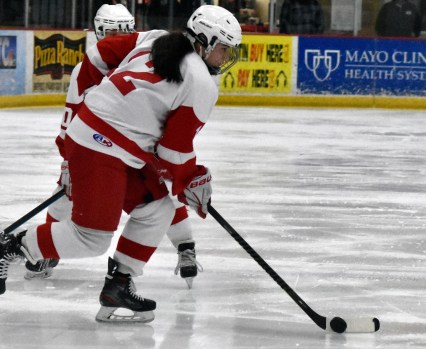 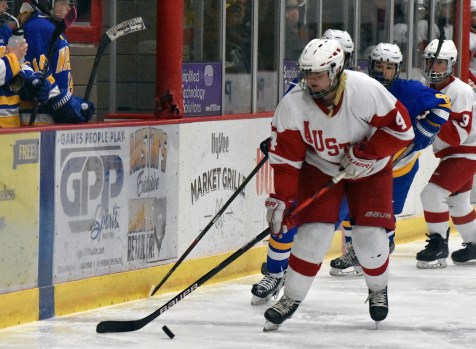 Mikiah Rumsey advances the puck for the Packers. Rocky Hulne/sports@austindailyherald.com 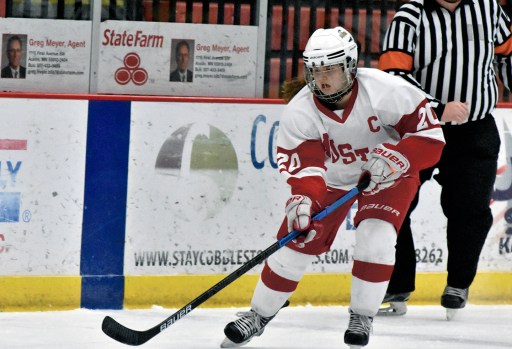 Kate Holtz fires a shot off for Austin. Rocky Hulne/sports@austindailyherald.com 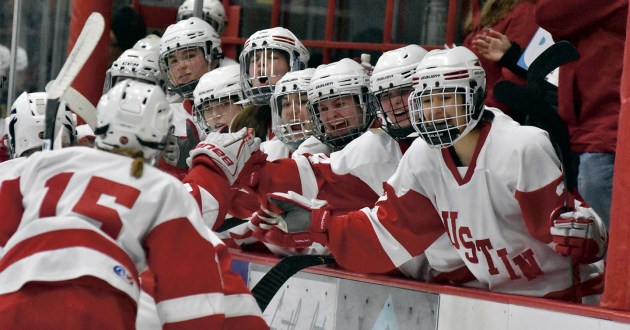 While his team was clinging to a one goal lead in the third period, Austin head coach Troy Holtz joked that his team should take a penalty since it has been so strong on the penalty kill this season.

One of his players took him literally, but it paid off the No. 2 seeded Packers, who beat No. 3 Waseca 5-1 in the Section 1A semifinals in Riverside Arena Saturday.

Kate Holtz scored her second and third short handed goals of the day during that Bluejay power play as she iced the game for the Packers. Kate finished with three shorthanded goals and five points in the win.

“I think we do better with just four because we tend to get in our way sometimes. Less people means less in the way, and I also think that we try harder and push through when we are shorthanded,” Kate said. “This was sort of bittersweet because it was our last time here. We wanted to put this one down and show that we’re ready to go a chance to go to state. We’ve been waiting all year for this.”

Waseca (4-21-1 overall) scored a late goal in the second period to make it a one goal game, but it didn’t have any big chances in the third as Kyia Radford Garcia shut down the net. She finished with 19 saves.

“Waseca is a well coached team and they’re young so they never stop skating,” Troy said. “We lost Payton Squier for the year and that puts Sarah Wangen back on defense, which gives us one offensive line instead of two offensive lines.”

The Packers (15-10 overall) played with extra motivation in the final period as it was the last time in Riverside for a few players.

“I know this meant a lot for the seniors,” said Austin’s Camille Dunlap, who scored a third period goal. “All of us kind of played for them and we had to win this game because they mean so much to our team. We didn’t want to let them down.”

Austin will now play Winona or Albert Lea in the Section 1A title game in Owatonna at 5 p.m. Thursday. It is Austin’s first appearance in a section title game since it went to back-to-back state tournaments in 2007 and 2008.

“We knew from the moment that they were in 10U that this would be our year,” Troy said. “I knew our team would be strongest at this point. They came through today and I’m more than impressed with Kate. I haven’t seen a better performance by a player in my four years here.”