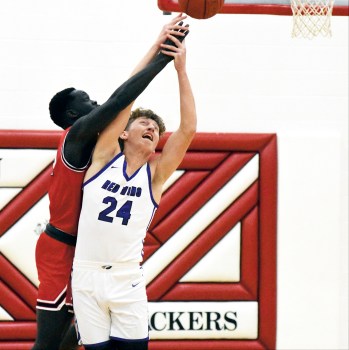 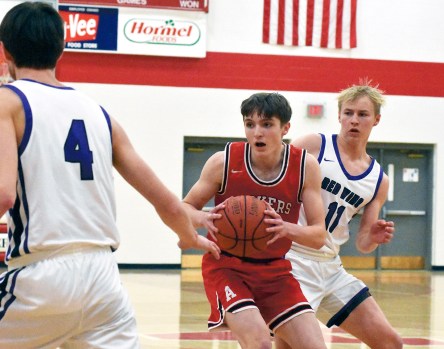 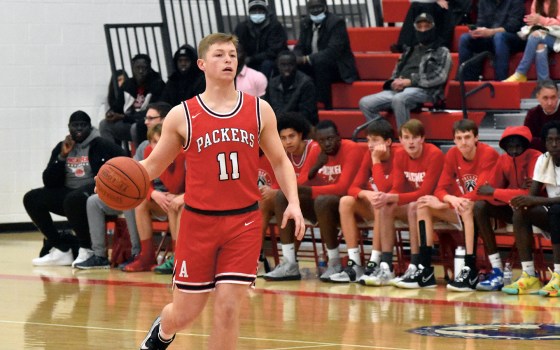 The Austin boys basketball team saw a three-game winning streak come to an end as it put up a season low scoring total in a 42-37 loss to Red Wing in Packer Gym Thursday.

Jack Lang hit a three to give the Packers an early lead, but the Wingers scored eight straight and led the rest of the way. Once it built up its lead, RW (8-7 overall) slowed things down on offense and took away the paint with its zone defense.

Lang and Cham Okey both hit threes in the final 35 seconds to bring the Packers within 40-37, but RW’s Reid Hartmann knocked down two free throws to ice the game with 16.8 seconds left. The Packers (9-8 overall) made just six of their first 28 three-point attempts before making their last two attempts from deep.

“They packed it in pretty well and we couldn’t get inside,” Austin head coach Kris Fadness said. “When you look at zone offense, you want to play inside and outside and we couldn’t hit enough shots. If you don’t make shots, they’ll stay packed in.”

Denval Atkinson had 13 points for the Wingers as he threw down a couple of big dunks and Andrew Ball had four rebounds, while shoring up the defense.

“(Atkinson) and (Ball) were dominant for them,” Fadness said. “Especially (Atkinson), whether it was him getting to the basket, getting a loose ball or blocking a shot, he was dominant. I give credit to Red Wing, they played with energy and they played connected basketball. They were patient and it was successful for them.”

Kaden Murley had 10 points and five rebounds for Austin.

Rebel girls grab their first win of the season