Packer girls share the wealth as they topple the Tigers 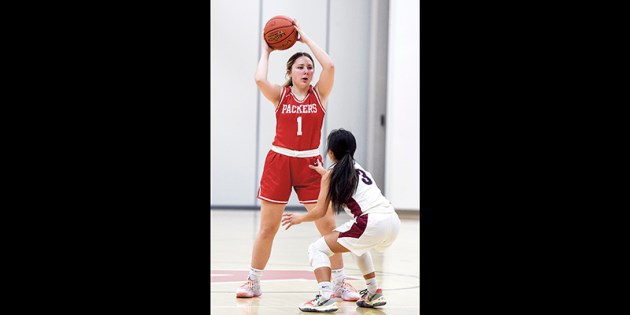 Austin’s Ruby Kvam looks inside during the first half against Albert Lea Friday night in Ove Berven Gym. Eric Johnson/photodesk@austindailyherald.com 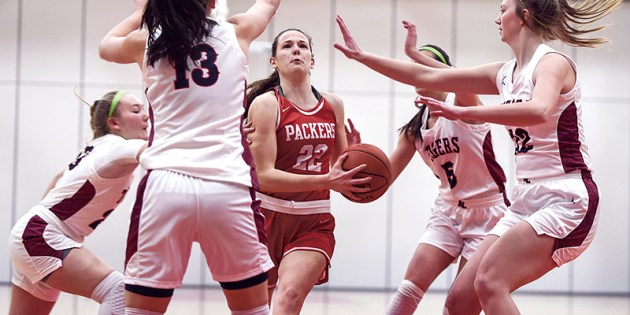 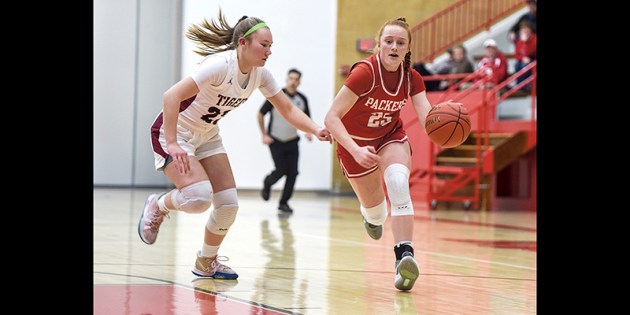 The Packers came out running in front of a big crowd in Ove Berven Gym as they beat Albert Lea 79-57 in the nightcap of a boys-girls basketball doubleheader at Austin High School.

The Austin girls had three players scored at least 18 points as they came out on fire after watching the first half of the Packer boys’ win over AL in Packer Gym. The Packers (17-4 overall) took an early 13-2 lead and the Tigers (8-13 overall) never got closer than five the rest of the way.

Austin head coach Eric Zoske embraced the doubleheader and he was glad to see his team pick up its play this late in the season.

“For me coming from Iowa, the boys and girls played together every night. This is the way it should be,” Zoske said. “Then you have Ove Berven, and it’s such a special place when it’s filled like this. We had a packed student section and a lot of support from the community. These girls love that. What a great high school experience.”

Hope Dudycha put up 22 points for Austin as she hit four three-pointers, while spearheading Austin’s new defense, which is even more aggressive and up-tempo than the team had been playing.

“We’re picking it up. It’s a good style for our team. We’re quick and we have great endurance,” Dudycha said. “It was a really fun crowd tonight. It was nice to see the community come out and support both teams. The amount of students here was insane.”

“They always bring a good game and you always know it’s going to be a fight against Albert Lea,” Schute said. “It was nice to get the sweep against them tonight.”