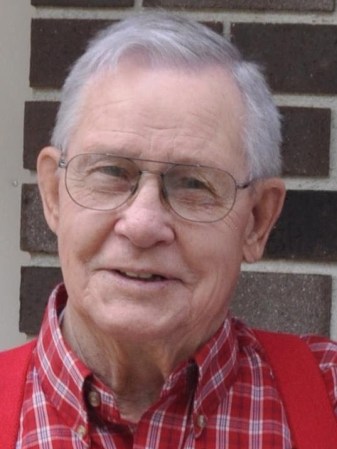 Norm was born on August 6, 1927, in Grand Meadow, MN to Clifford and Evelyn (Skogstad) Sween.

Norm attended country school in the Bear Creek area and graduated from Grand Meadow High School in 1945. Like many of his classmates, Norm volunteered for the service, leaving high school two months before graduation. He chose the Navy which trained him to be a medic/corpsman. The Navy sent him to Great Lakes, San Diego, and Baltimore for that training. Luckily, the war ended before he was shipped overseas.

On July 26, 1947, he married Kathleen “Kitty” Stier, his high school sweetheart, and they started the love story that would span 69 years. They began their married life in Great Lakes, IL, where Norm was stationed, later returning to Grand Meadow.

Norm worked for many years as manager of the Home Telephone Company of Grand Meadow, Racine, and Wykoff, and later Pierce Telephone in Riceville, IA. He was active in the Minnesota Independent Telephone Association and kept close contact with telephone friends from southern Minnesota.

Norm took great pride in his hometown and was part of the Grand Meadow Booster Club and the Grand Meadow Development Corporation where Norm helped with the annual chicken barbecue at Meadow Fest and working on getting new businesses in town. Norm saw the need to keep Grand Meadow vibrant. Norm was active in Boy Scouts, serving as Cub Master. He and Kitty volunteered for Meals on Wheels and a St. Finbarr’s Catholic Church.

While still enlisted in the Navy, Norm became a member of the Harry T. Anderson Post #140 and was a valued member for 75 years. Until just recently, Norm would be graveside at military funerals, honoring our service men and women.

Funeral services will be held at 11:00 a.m. on Friday, February 18, 2022 at St. Finbarr Catholic Church in Grand Meadow with Father Kevin Connolly officiating. Visitation will be held from 10-11 a.m. Friday morning at the church. Burial will be held at a later date.

Norm requested that memorials be given to Wounded Warriors, St. Luke’s Children’s Cancer Hospital, or a charity of your choice.