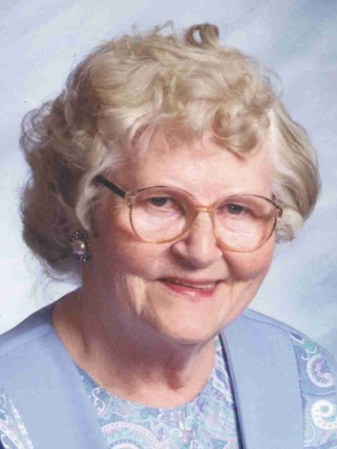 Marlene Ann Oldenburg, age 89, passed away Saturday, February 12, 2022, at Comforcare Good Samaritan Center in Austin with loving family members at her side.

Marlene was born on September 17, 1932, to Edwin Paul and Rose (Iverson) Mershon in Wells, MN. She grew up in Wells, attended and graduated from school there, and worked at the Flame Theater and the Hatchery in her early years.

Marlene was united in marriage with Eugene Oldenburg on February 26, 1954. The couple lived in Austin from the beginning of their marriage. To their union were born four children. Eugene (also known as Ole Oldenburg) worked many jobs in the area and retired from Austin Public Schools. He passed away September 27, 1997.

Marlene and family were/are members of Crane Community Chapel. She loved raising her children and helping others. Many people were the happy recipients of her excellent cooking and baking skills. She also had a passion for sewing. She was a talented seamstress and was famous among her family, friends, and neighbors for sewing thousands of doll clothes, many of which are still being used today.

She was preceded in death by her husband, Eugene, of 43 years; her parents and grandparents; her Oldenburg in-law parents, three brothers and their wives (Charlie and Margaret Mershon, Bob and Millie Mershon, and Dick and Janet Mershon); a sister (Donna Mershon); a sister-in-law (Alberta Wolfe); two brothers-in-law (Leroy Larson and Don Wolfe); a son-in-law (Steve Corey); and many aunts, uncles, friends, and neighbors.

The Christian funeral service will be held at 1:00 pm on Friday, February 18, at Crane Chapel with Pastor Dale Christiansen officiating. There will be visitation at the church one hour prior on Friday and also at Mayer Funeral Home on Thursday, February 17, from 5:00 to 7:00 pm. Interment will be in Oakwood Cemetery in Austin.

Condolences and memories may be left for the family online at www.mayerfh.com.