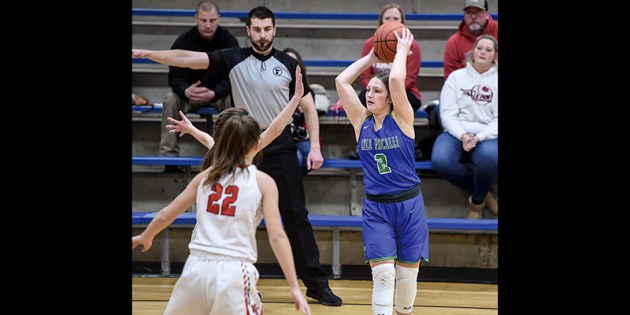 Lyle-Pacelli’s Olivia Heard goes to dump off a pass agianst Wabasha-Kellogg during a Section 1A play-in game Wednesday night in Lyle. Eric Johnson/photodesk@austindailyherald.com 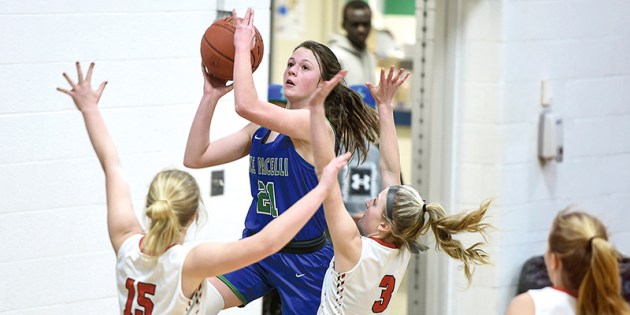 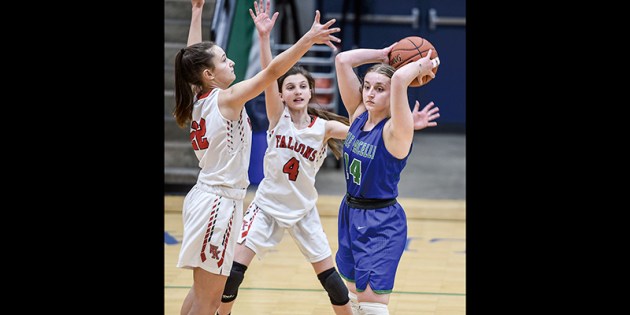 Lyle-Pacelli’s Kearah Schafer looks for an outlet against Wabasha-Kellogg in a Section 1A play-in game Wednesday night in Lyle. Eric Johnson/photodesk@austindailyherald.com

LYLE — The No. 14 seeded Lyle-Pacelli girls basketball team kept its season alive when it beat No. 19 Wabasha-Kellogg 75-54 in a Section 1A play-in game Wednesday.

Just when it looked like it may be a battle down the stretch, Alana Rogne hit a three to put the Athletics up 53-44. She drilled another trey to make it 56-45 with 7:30 left in the game. L-P all but sealed the win when freshman Lexi Lewis converted a steal for a lay-up right after Rogne’s second three to make it 58-45.

“We just pushed it way more than they had down the stretch,” Rogne said. “It felt good, but it was also sad, because this was my last time playing here. Communication was key.”

L-P’s Kendahl Lewis knocked down a huge three-pointer from the baseline to put the Athletics up 50-42 with 11:05 left.

Kristen Koopal, a freshman, helped give L-P a big lead early on as she was able to use her athleticism to finish near the rim.

“If we end up going out, we want to go strong,” Rogne said. “They’re a good team and we’re going to have to play hard.”