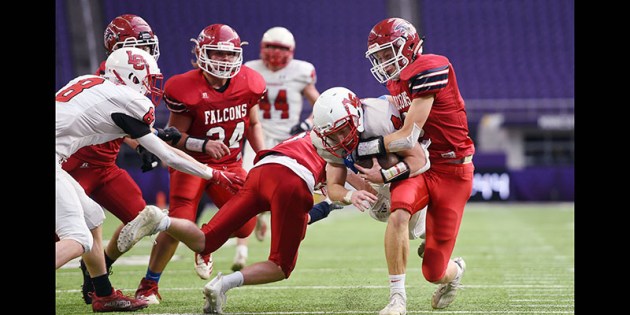 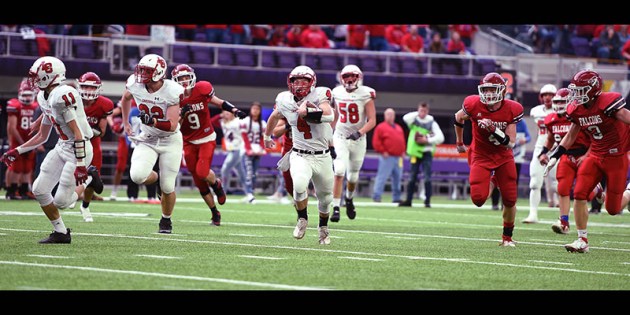 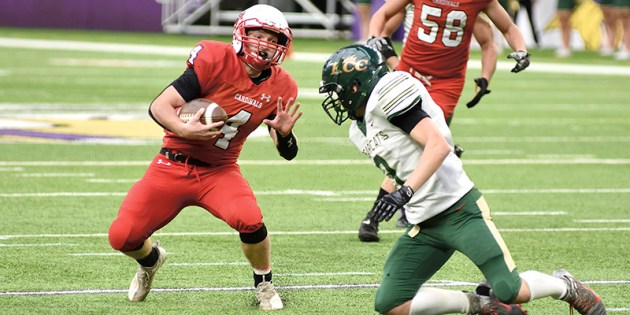 LeRoy-Ostrander senior Chase Johnson is going to see a lot of changes on the football field next season, but he still plans on making some big plays.

Johnson, who led the Cardinals to their first ever state nine man football championship this past fall, will be moving up to the world of college football next season. Johnson has committed to William Penn University, where he’ll likely move from quarterback to a slot receiver and running back.

“They used to be a triple option team, but they’re making the switch to the spread offense this year,” Johnson said. “I would be a gadget player for them. I went to a couple of summer camps as a wide receiver and I’ve been watching a lot of youtube videos of slot players. I really look up to (Chiefs wide receiver) Tyreke Hill. He’s not the biggest guy out there, but he’s fast.”

Johnson will receive an athletic scholarship and he will officially sign with William Penn at LO High School on Friday afternoon.

William Penn is an NAIA school that is located in Oskaloosa, Iowa, which is located near Des Moines and is about a four hour drive from LeRoy.

Johnson was looking to play college football next year from the start and he was impressed with the attention the school showed him.

“They really wanted me to come there and it made me feel wanted,” Johnson said. “I like the facilities that they have and once I met the football team I knew I had to go there. Those kids are awesome. I’m excited. Not a lot of kids get this opportunity.”

While undersized, Johnson created countless big plays for the Cardinals this past season as he ran for 2,871 yards (11.1 per carry) and 36 TDs, while throwing for 1,554 yards and 23 TDs.

Johnson is the third member of LO’s state championship team to commit to a college as Tanner Olson is headed to Minnesota State University in Mankato and Gavin Sweeney will play at Upper Iowa University.