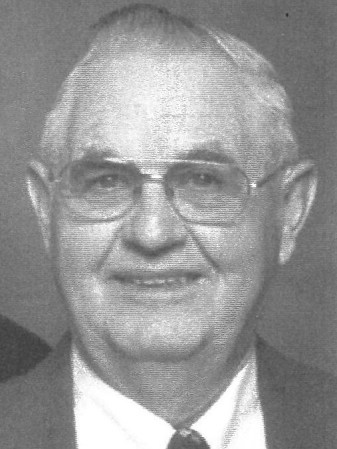 LaVerne Earl Gabriel, age 85, of Brownsdale, Minnesota, passed away on Wednesday, February 9, 2022, at Homestead Hospice House in Owatonna, Minnesota. He was born February 26, 1936, in Freeborn County, Minnesota to Oscar and Gretchen (Hillman) Gabriel. He was delivered at home by midwife, Anna (Cerny) Prihoda. LaVerne was baptized on April 19, 1936, into the Lutheran faith in London Township. He later attended Sunday School at Trondhjem Lutheran Church. LaVerne attended school in Freeborn County District 75 until the age of eight. His family moved to the Brownsdale, Minnesota, area where he attended District 37 Tanner school through eighth grade by either walking or riding his pony. He was confirmed at Our Savior Lutheran Church in Brownsdale. LaVerne attended Austin High School. On November 30, 1958, LaVerne was united in marriage to Mavys Jean Johnson, of Rose Creek, at the First Congregational Church UCC in Austin, Minnesota. The couple made their home on the family farm in Brownsdale and their union was blessed with two daughters, Renee and Michelle “Shelley.”

LaVerne was a lifelong farmer starting in his early years doing custom hay and straw baling for his neighbors. He also worked in the pea vineries, did construction work for Ralph Grant, and trucked gravel for Art Goetsch. LaVerne milked Holstein cows, and raised swine, sheep, and 50 head of white-faced Herford cows. He also served on several boards including Red Rock Township, Freeborn Mower Oil Coop, and AMPI Dairy. LaVerne was an usher at Our Savior Lutheran Church in Brownsdale and helped count the weekly finances. LaVerne and Mavys enjoyed many years of traveling and would winter in Weslaco, Texas. When time allowed the couple would spend time at their home on Blackduck Lake, Minnesota. They also enjoyed trips to Hawaii, California, and Florida. Especially memorable was an Alaskan Cruise and many fishing trips to Lake of the Woods with family and friends. LaVerne liked playing cards with his neighbors and friends; in his younger years he could be found roller skating at Mark and Vesta Staples’ roller rink in Brownsdale.

In later years, due to health concerns, LaVerne rented out his farmland. This allowed the couple to travel to the Rio Grande Valley area for two and a half months each winter where he and Mavys enjoyed making new friends. LaVerne always loved attending his grandchildren’s hockey, baseball, swimming, and dance events. Wherever he went he always enjoyed visiting with new and old friends. Most of all he loved being with his grandchildren and great-grandchildren. He will be greatly missed by all who knew and loved him.

LaVerne’s family would like to thank the doctors and nurses of the Mayo Clinic Health Systems and Owatonna Hospice House for their care.

A funeral service will be held at 11:00 a.m. on Saturday, February 26, 2022 at Our Savior Lutheran Church in Brownsdale, Minnesota. Visitation will be held from 9:00-11:00 a.m. at the church. Interment will be in Greenwood Cemetery, Brownsdale. Memorials are preferred to Greenwood Cemetery, Brownsdale or recipient of donor’s choice. Worlein Funeral Home of Austin is assisting the family with arrangements. Condolences may be expressed to the family online at www.worlein.com.