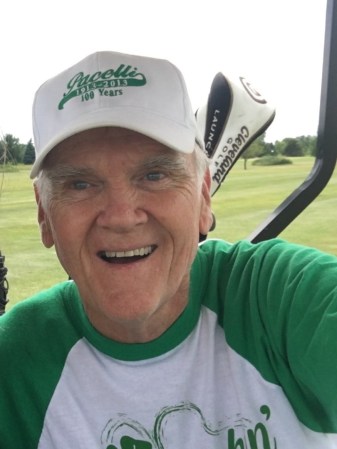 Keith was born May 31, 1950, in Austin, Minnesota, to Claude “Bud” and Alice Mae (Ankeny) Leif. He graduated from Pacelli High School with the Class of 1968, attended Austin Community College, and graduated from Mankato State University in 1972. After his college graduation, he earned his Real Estate license and had a 50-year career as a realtor with Bud Leif Real Estate and the Fawver Agency. Keith was united in marriage to Christine Jo Thayer on August 10, 1973, and they went on to have three children.

Keith was active in the church, school, and community of Austin. He was involved with the Knights of Columbus, was a Pacelli Booster, and was known for starting the Pacelli Christmas Tree pick-up. He was #1 coach, dad, and friend. Keith was passionate about playing golf, ping-pong, and softball, and he enjoyed hunting and fishing (with the help of his son-in-law). And without a doubt, his favorite job in “Leif” was being a grandpa to his six grandsons.

He was preceded in death by his infant daughter, Britt; parents, Alice Mae and Claude “Bud” Leif; brother and sister-in-law, Jerome and Betty Leif; and parents-in-law, Robert and Verna Thayer.