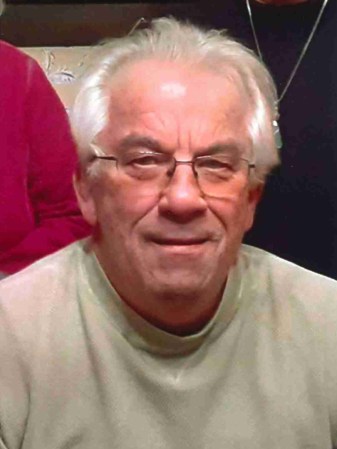 James “Jim” Judd, age 67, of Austin, died Wednesday January 26, 2022, peacefully at his home. Born October 30, 1954, to Keith and Dolores “Pete” Judd in Austin, MN. Jim was born 22 hours ahead of his twin sister, Jeanne, giving them different birthdays. He graduated from Pacelli High School in 1973. He attended Vocational training for carpentry and worked for Wagner Construction for many years. During that time Jim was part of the Steeple restoration at St. Augustine Church. Jim was a fourth-generation employee at Hormel Foods and retired after 35 years.

Starting at an early age Jim was an avid outdoorsman. Many weekends bird hunting and trout fishing across SE MN & Northern Iowa plus trips up north to Tim’s cabin chasing walleye & grouse. He loved dogs, especially his Chocolate Lab, Martini “Marty”. Jim enjoyed bowling for many years on a league with his buddies at Echo Lanes. Shortly after his dad died in 2007, Jim moved in with his mom, thus giving her the opportunity to remain in her home until she died in 2020.

Jim loved his family and friends and would do anything for them. He was never more than a call way. Jim enjoyed time with his family, vacations, holidays, putting on his famous fish fry’s or just any family get together. Jim was a man of routine. Up at the crack of dawn, taking his morning drives around town and passed family and friends houses.

Jim was a natural comedian, always had a story to tell. His one liners and quick wit were “killer”. Jim’s laugh was contagious, his mannerisms quirky, he was one of a kind. Anyone who spent time or worked with Jim, would have a funny story to share. Jim, Jimmy, Big Daddy, J.J, Juddy, or however you knew him by he will be truly missed.

A Memorial Mass will be held 10 am on Saturday, April 30, 2022 at St. Augustine Catholic Church followed by burial and a Celebration of Life.