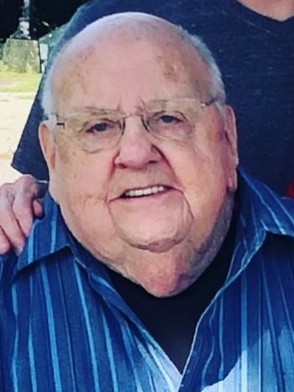 Jim was born in Orchard, Iowa to William and Esther (Edge) Butler on November 23, 1938 one of eleven children.

On February 23, 1957 Jim was united in marriage to Mary Ann Sheeley at the First Baptist Church in Austin, Minnesota. They planned on celebrating their 65th wedding anniversary on the 23rd of February. As a friend noted, “this was a love story of the century”. The surviving children are Scott Butler, Julie Butler, and Teri Butler. Also surviving are grandchildren Tim (Sally) Butler, Mark and Brett Butler; great grandchildren Noah Butler, Cooper Butler, Quinn Butler, Livia Butler, and Ember Butler; sisters Garnet Butler, Margaret Bretz, and Maureece Butler; nieces and nephews, and a special friend of the Butler Family, Sandy Sproat.

Jim and Mary Ann loved travelling the world, and enjoyed watching and attending sporting events. He loved the Minneapolis Lakers (especially George Miken), the Minnesota Timberwolves, and the Minnesota Golden Gophers. Jim also enjoyed researching his family through genealogy after traveling to different libraries throughout the United States. He was a great story teller, often sharing his wit with his family and friends. His second love was singing karaoke at his office computer, and when anyone approached the house you could hear his beautiful baritone voice clear as a bell. When he was able, Jim and Mary Ann attended Crane Chapel in Austin.

Jim was a fantastic salesman; a talented man that took time to get to know you personally and your needs before any transaction took place. These qualities helped him and Mary Ann build a successful Amway business that is still in existence today.

Memorial services will be held at 2:30 pm on Saturday, February 26th at the Clasen-Jordan Mortuary Chapel with Pastor Dale Christiansen officiating. Interment will be at Oakwood Cemetery.

Visitation will be held on Saturday afternoon from 1:30 to 2:30 pm prior to the service. Condolences may be expressed to the family at clasenjordan.com.