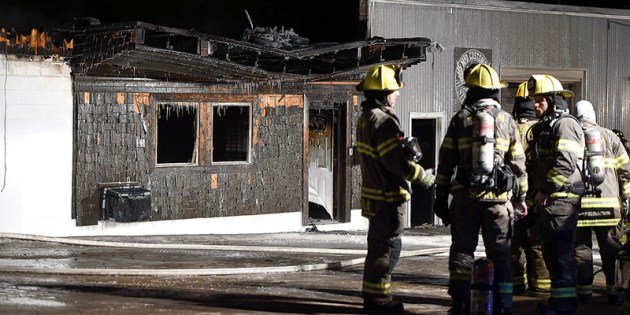 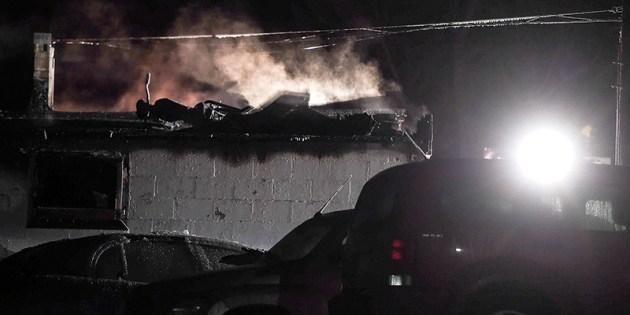 Smoke drifts above M-D Customs after firefighters put out a fire that took the building Thursday. Eric Johnson/photodesk@austindailyherald.com 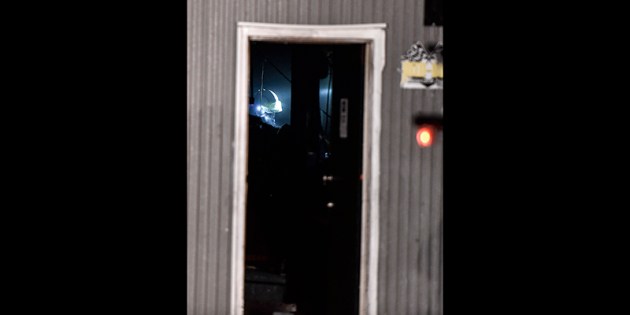 A firefighter investigates inside M-D Customs after departments knocked down a fire that gutted the business Thursday night. Eric Johnson/photodesk@austindailyherald.com 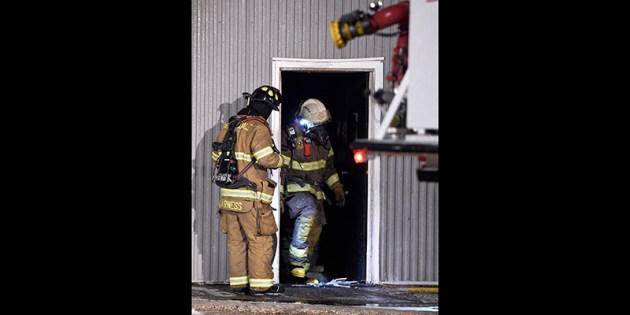 A firefighter walks out of M-D Customs after a fire ravaged the busienss Thursday. Firefighters were finally able to knock the blaze down late Thursday night. Eric Johnson/photodesk@austindailyherald.com

Firefighters from three departments responded to a fire that ravaged an Austin motorcycle shop Thursday.

The State Fire Marshall was on scene Friday morning at M-D  Customs to determine the cause of the fire, with results expected to come back early next week.

According to Austin Fire Chief  Jim McCoy, Austin firefighters were dispatched to M-D Customs, in the 1100 block of Fifth Place SE late Thursday afternoon at around 3:35 p.m. on a report of fire at the business.

“When we arrived on the scene there was smoke showing,” McCoy said. “The reported fire was in the basement. When we made entry there was some question as to the integrity of the floor … at that point we went on the defensive.”

As the evening wore on, flames engulfed the business.

Brownsdale and Lyle departments also responded for mutual aid. Firefighters worked late into Thursday night to control and knock down the fire, eventually clearing at around 11 p.m.

Firefighters were able to confine the worse of the fire to the office area on the east end of the business; however, there was substantial loss to inventory and tools as well as motorcycles within the garage that were damaged.

McCoy estimated that damage costs of the building and building contents at around $600,000.

There were no injuries.

Check back to the Austin Daily Herald for more information as it becomes available.