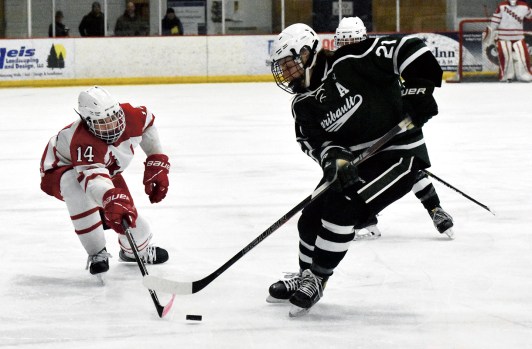 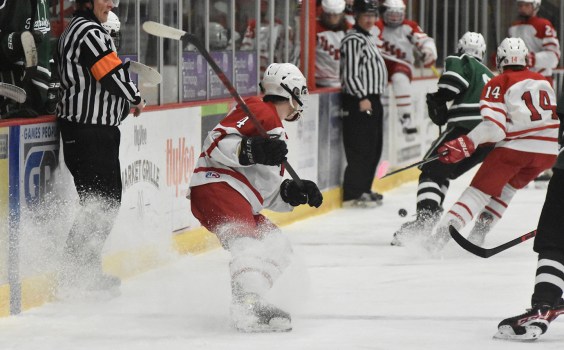 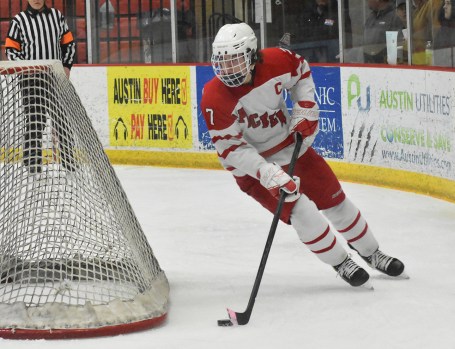 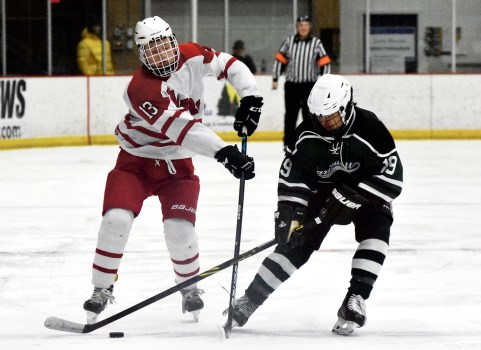 A couple of rough spots slowed down the Austin boys hockey team as it lost to Faribault 7-0 in Riverside Arena Thursday.

The Falcons (9-12 overall) scored two goals in a 30-second stretch in the first period to go up 2-0 and added five goals over eight minutes to ice the game in the second period.

“They skated harder than we did and they won the 50-50 battles for the puck,” Austin head coach Troy Schaeffer said. “You don’t win too many games like that.”

The Packers turned to freshman goalie Darren Plunkett in the second period and he gained some experience in relief. Freshman Grady Carney gave the team a push on offense as well.

Carney has three goals on the season for the Packers (1-16 overall) as he and a few other freshmen have had to adjust to the speed of varsity hockey without the benefit of Austin having a JV team.

“The first game was pretty rough and it took a little bit, but we’ve adapted pretty well,” Carney said. “I think we need positivity in the locker room and that keeps us going. We feed off of each other with our captains and they give us energy.”

Schaeffer said he likes the potential of his young players.

“Darren has the potential to be a very good goalie and we’re just trying to throw him in there every once in a while to see what happens,” Schaeffer said. “Grady’s played pretty well for us as of late. Hopefully we can progress and get something done in the playoffs.”