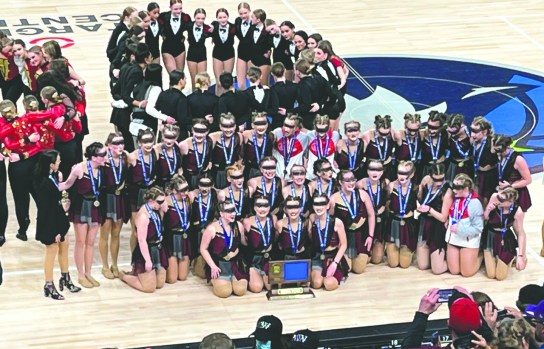 The Austin Packer Dance Team holds its trophy after winning the Class AA high kick championship in Target Center Monday. Austin placed first with seven rank points, edging out second place Benilde St. Margaret, which had 11 rank points. This is AHS’s first state title in 34 years and the first in ever for APDT. Photo provided by Ryan Norton 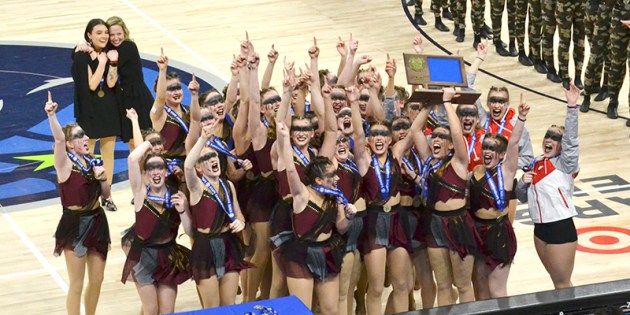 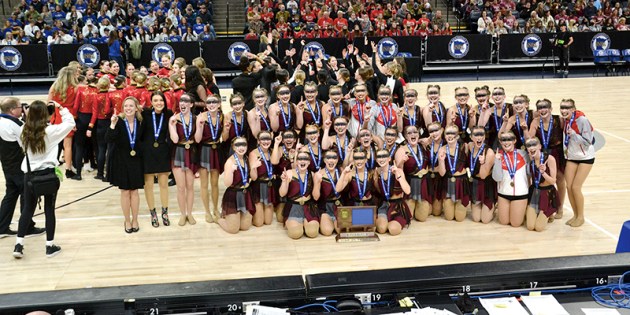 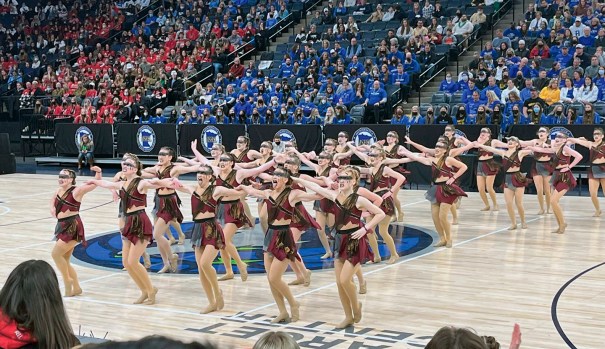 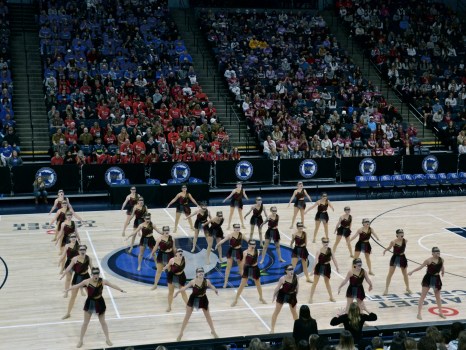 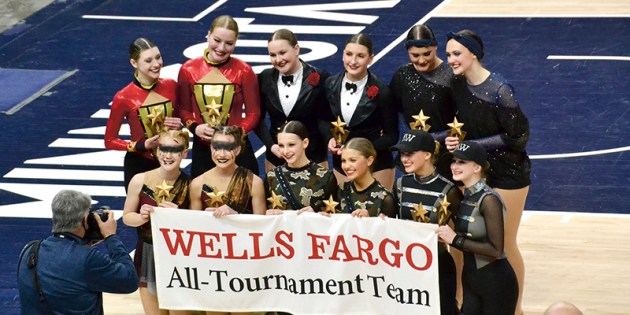 Austins Breanna Feifarek and Kennedy Bell were named to the All-State Team. Photo by Leni Bell.

Nobody on the Austin Packer Dance Team was born when the squad started its streak of 20 straight trips to the state meet, but many dancers who competed for Austin over those two decades have been celebrating since the Packers brought home the state title in the Class AA High Kick Division this past weekend.

After knocking on the door for years, the Packers have finally broken through. Austin finished second in high kick in 2021 and the team finished third in high kick when head coach Kayla Sellers was a junior in high school in 2006.

“Our alumni are second to none. They have been so supportive,” Sellers said. “There were so many at the Target Center and some were watching us on TV. The messages and the love we have received has been so supportive. Once you graduate APDT, you don’t just leave the program. You’re always a part of it. They’ve been mentoring these girls since they were little and they’re just as connected to this win as we are.”

The title is Austin’s first team championship on the state level in 34 years and it has brought the team even closer to a community that APDT has grown close to over the years.

“It has been an overwhelming feeling of support and pride. It’s just been wonderful,” Kayla Sellers said. “We’ve had really strong leadership from our veterans and our rookies.”

Over the past years, APDT members have done drive-up flash dances to community members in need and they recently did a photo shoot on social media at various local businesses to help promote them.

“I feel like the team is super involved in the community,” Austin captain Mackenzie Carter said. “We’re always doing fundraisers and spreading awareness. The community is definitely showing their appreciation for our success. A lot of people reminded us that we hadn’t won in 34 years and it lit a fire under us to make us work harder.”

While it has been a few days since they won gold, many of Austin’s dancers are still basking in the success as they take in the fact that they finally took home the top prize.

“It’s super surreal. It feels like a dream,” said Kennedy Bell. “We put in so much work. It finally happened and it finally paid off. We were really nervous, but I feel like we were really prepared and we were excited. Our fans were great, and we even had a student section at state which is unheard of.”