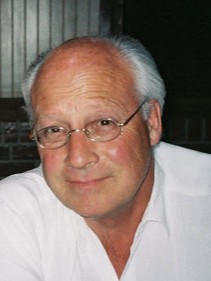 Clark Adrian Toland, 80, of Austin, Minnesota, passed away at his home on February 3, 2022, after a 14-month battle with Acute Myeloid Leukemia, surrounded by his family.

Clark was born on November 2, 1941, in Spencer, Iowa to Glenn and Wanda (Moore) Toland and grew up on the family farm near Dickens, Iowa. He met his future wife Sharon Kay Spears in the 5th grade at Lake Center Township Consolidated School where they graduated together in 1959. They were blessed with four children over 61 years of marriage.

Clark earned a Bachelor of Science degree in Biology and English from Mankato State College in 1963. He taught English, coached debate, speech, and drama at Hayfield High School in Hayfield, Minnesota while continuing his graduate studies at the University of Wyoming and Oklahoma Southeastern University.

In 1968, while on his way home to Hayfield from the Austin post office, Clark stopped to look at a car at the newly opened Holiday Cars on Fourth Street SE and met the owner Paul “Penny” Usem. While the two men visited about the car, Penny recognized that Clark was exactly the man he needed in his new company. It took several months of persuasion, but eventually Clark decided to take the leap and begin a new professional adventure. He joined the corporation of Holiday Cars in Austin as vice president, general manager, and stockholder. Soon, they were franchised for Dodge, Dodge truck and American Motors, adding Chrysler and Plymouth in 1972. Clark purchased total ownership of the dealership in 1978. Clark’s son Nathan joined the family business in 1994 and assumed responsibility for much of the daily operations. In 1999, the dealership moved to a new site on the west side of Austin. In 2007, Clark and Nathan purchased the Ford, Lincoln, Mercury dealership in Austin. Clark enjoyed 50 years in the auto business. There were many conventions and business meetings which led to travel across the world for Clark and Sharon. Clark was grateful for the many dedicated employees, loyal customers, and countless friends gained throughout the years in the car business. Clark especially enjoyed hosting hundreds of friends and customers each year at the Annual Holiday Open House held in early December to kick off the holiday season. It was an event unlike any other and highly anticipated by the community, with thousands of cookies, Hormel hot dogs, gallons of Hormel chili, and entertainment by the Austin Big Band, the Holiday petting zoo, Santa and Mrs. Claus, and magic shows.

Over the years, one of Clark’s favorite activities was boating with the family at Lake Pepin where they kept a sailboat at Lake City Marina and sailed for nearly 50 years. Clark and the family also enjoyed many ski trips out west and countless road trips to Florida and other destinations around the country. He enjoyed flying and logged many hours piloting in private aircraft.

Music proved to be a lifelong passion, and Clark had a deep appreciation of musicians from a wide variety of genres, especially classical and Big Band. He played piano by ear and spent hours hammering out a favorite tune. In his early years, Clark sang in a church choir and barbershop quartet, but his primary instrument was trumpet and he became an accomplished player. Clark was a member of the Albert Lea adult concert band and helped form the Austin adult concert band. He played with the Austin Jazz Band, Austin Symphony Orchestra, and assisted with college musicals, weddings, and pageants among others. In the early 1990’s, Clark joined the reconstituted Henry Charles orchestra, which eventually became known as the Austin Big Band. For many years, he practiced the trumpet daily and his will to play never left him even when his health failed.

A natural curiosity made Clark a lifelong learner and he had an uncanny ability to remember dates and details. He was a one-of-a-kind storyteller and loved to relive stories and history. He was genuinely interested in people and where they came from. Clark and Sharon enjoyed many lifelong friendships, from classmates, to the early days of teaching, to the relationships built through business, the Austin community, and the church.

Visitation will be held Wednesday, February 9, 2022, from 4-7 p.m. at Clasen-Jordan Mortuary in Austin. Funeral services will be held at 11:00 a.m. on Thursday, February 10, 2022 at Westminster Presbyterian Church in Austin with the Reverend Michael Olmsted and the Reverend Brittany Wundermachen officiating, with visitation one hour prior to the service. Interment will be in Oakwood Cemetery.

In Lieu of Flowers the family prefers memorials to the Leukemia and Lymphoma Society.  www.lls.org