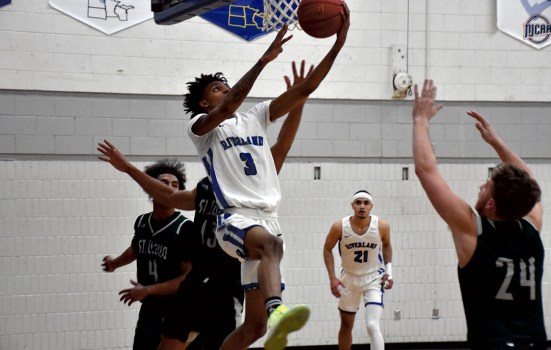 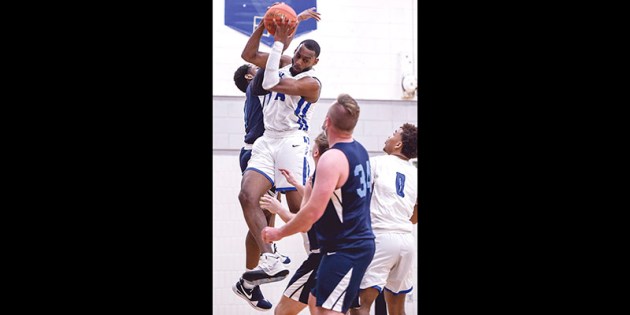 Riverland’s Lajarrion Spinks powers a rebound against Dakota State during the first half Tuesday night at Riverland. Eric Johnson/photodesk@austindailyherald.com 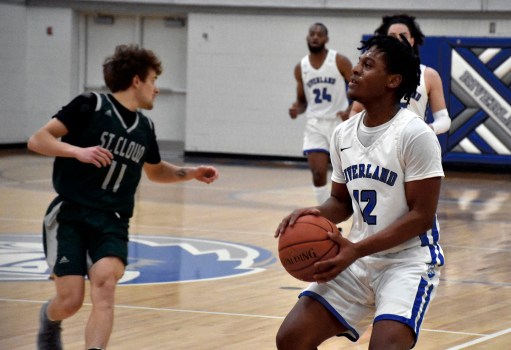 The Riverland Community College men’s basketball team racked up a few conference awards as it aims to make a run at its first ever national tournament berth at the Regional Tournament in Anoka this weekend.

RCC’s Derek Hahn was named coach of the year for the MCAC South as the Blue Devils went 26-1 overall and 14-0 in the MCAC South. RCC is the top seed in the Region XIII Tournament.