Blossoms start fast and hold off late charge by FBA 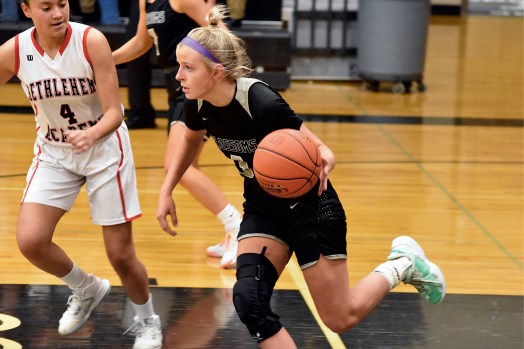 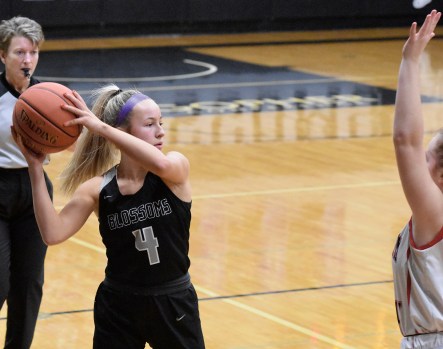 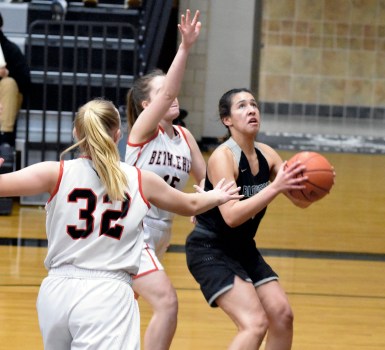 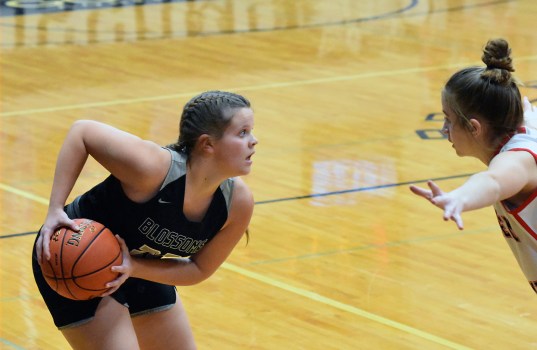 BLOOMING PRAIRIE — The Blooming Prairie girls basketball team went on a roller coaster ride from a big early lead, to having to close out a tight game as it beat Faribault Bethlehem Academy 48-38 Monday night.

The Awesome Blossoms (9-5 overall) held FBA (4-9 overall) scoreless for the first 10 minutes of the game as they led 12-0 early, but FBA pulled as close as 38-34 late in the game before BP was able to close it out.

The Blossoms missed 17 free throws on the night, but Bobbie Bruns and Shawntee Snyder both went two-for-two at the line to push the lead to 44-35 with 3:06 left in the game.

“Free throws have been a struggle for us sometimes. They started fouling with six or seven minutes to go, but we made one a couple of times and then we went two-for-two a couple of times and that was big for us,” BP head coach John Bruns said. “BA is a good team and they’ve got some good shooters. (Kate) Trump is a heck of a shooter and she always shoots well in this gym. She was hitting from 25 feet out and it’s hard to guard that.”

BP sophomore Macy Lembke made some timely plays for her team. She came up with a steal and converted two free throws to put BP up 38-32 with 8:04 left in the game and in the first half, she hit a three and turned a steal into a lay up to make it 20-12 BP with 3:52 left in the game.

“I just went for it and got it. I was anticipating it a little bit,” Lembke said.

BP senior Bobbie Bruns finished with 22 points, five assists and four steals in the win. She said the Blossoms had to commit to the boards to compete.

“ They got their points when they out-rebounded us. When you get four shots per possession, you’re bound to put the ball in the net at some point,” Bobbie said. “Haven Carlson was out tonight and she’s a big rebounder for us. We had a lot of girls step up and get some big boards.”

Bobbie recently made her college commitment to Gustavus Adolphus, which is off to a 15-4 overall start to the season. Bobbie, who broke her leg in a brutal car accident last spring, is glad to have her future locked up, but she’s focusing on the prospects of her current team for the time being.

“My college decision is a big weight off my shoulders,” Bobbie said. “Now I can focus on finishing my high school career strong. I’m excited for college, but that’s in the future and I want to focus on now and finish out my high school season.”