Athletics ride out a big win over Cobras 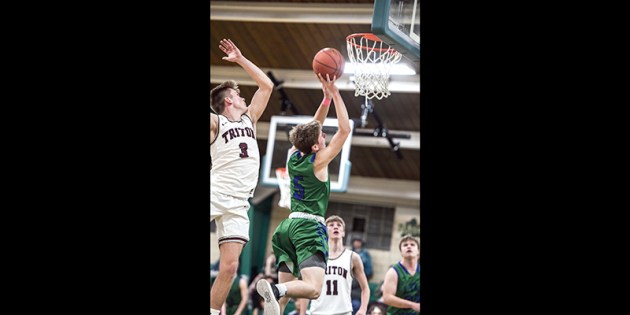 Lyle-Pacelli’s Mac Nelson powers to the basket during the second half Monday night against Triton at Pacelli. Eric Johnson/photodesk@austindailyherald.com 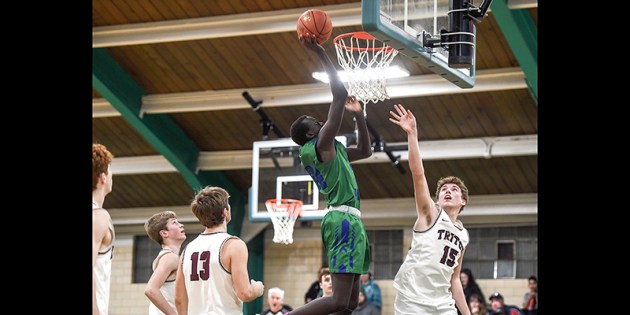 Lyle-Pacelli’s Buay Koak with the putback during the second half Monday night against Triton at Pacelli. Eric Johnson/photodesk@austindailyherald.com 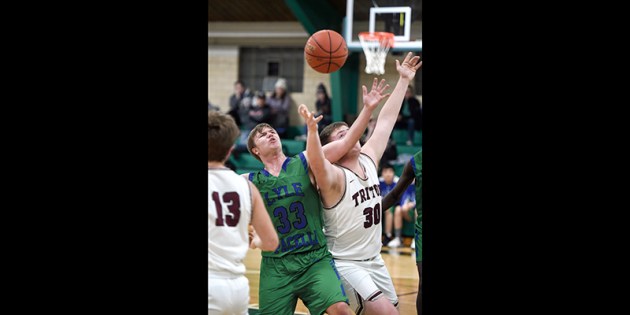 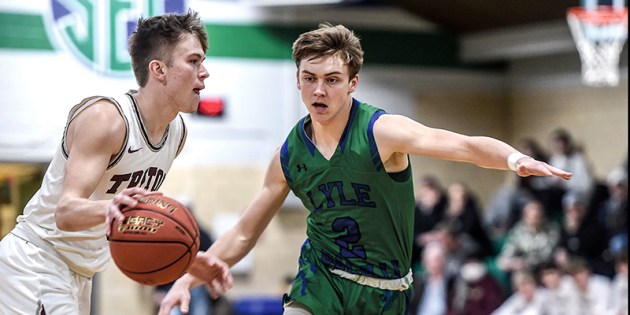 The Lyle-Pacelli boys basketball team outlasted a speedy Triton team to close out a 66-60 win over the Cobras in All Saints Gym Monday night.

The Cobras (14-11 overall) never led throughout the night, but they did rally to tie the game at 55-55 with 5:12 left after Braxton Munnikhuysen converted a score. L-P bounced back and scored the next six points as Trey Anderson broke free on a lay-up off a steal by Buay Koak, who went on to score a pair of inside buckets to put L-P up 61-55.

Koak, who finished with 29 points, 14 rebounds, six assists and four blocks, also had a big three-point play on a put-back that vaulted L-P to a 53-49 lead earlier in the half.

“That was a good win against a tough team,” Koak said. “We haven’t seen a team run like that and it was probably one of our top wins of the season. We brought the energy and we kept on going.”

Jake Truckenmiller added 25 points for L-P as he hit six three-pointers, including one to start the game on a pass attempt that bounced in for a score.

Anderson scored just five points for L-P (21-4 overall), but he did all of the things that have earned him the nickname ‘Junk Yard Dog.’ He came up with five steals and he handed out four assists, while hustling on both ends of the court throughout the night.

“Trey’s our bulldog in the middle,” L-P head coach Carl Truckenmiller said. “He’s the guy who gets us going. He’s our spark plug and he’s a ra ra guy. There’s so much Trey does that’s not in the stat sheet. He gets everyone playing defense. He had a great game tonight.”

Although he’s cemented in L-P’s starting lineup, Anderson rarely looks for a shot and he’s very content with Truckenmiller or Koak putting up big points.

“I just focus on being a leader, playing tough defense, and knowing the assignments and who the shooters are,” Anderson said. “I don’t care who’s scoring. As long as someone’s scoring and we’re winning, I’m happy.”

Koak said that Anderson’s effort and attitude is infectious to the entire team.

“He hypes everybody up before the game and he gives everybody energy,” Koak said. “We see him working hard and we want to work hard too. He’s always been that guy who gets us going.”