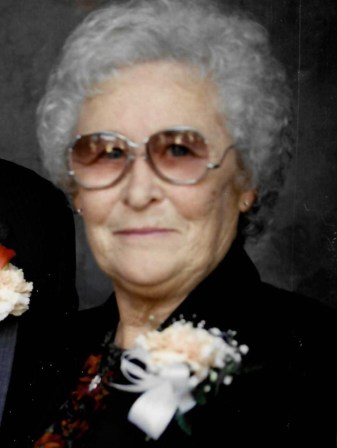 Verdell was born May 2, 1923, to Ernest and Helen (Peterson) Iverson. She was one of eight children.

Verdell married Kermit Dixon, and from the marriage a daughter, Dona Dixon was born. After Kermit’s passing Verdell met Richard Clark and they were married on June 27, 1942. They had three children together, Shirley, and twins Joanne and Jack.

Throughout the years Verdell worked at various employers in Austin.

Verdell and Richard loved the outdoors. They enjoyed their Mississippi River summer home near Red Wing, Minnesota, where they would fish and spend time with family and friends. Verdell also enjoyed cooking and baking for family.

She was preceded in death by her parents; husbands Kermit and Richard; brothers Chester, Harvey, Gene, and Vern; sisters, Doris, Dorothy, and Ruth; daughter Dona; grandson Craig; and great-grandson Devon.

The family would like to express their gratitude to all the employees at Sacred Heart Care Center for their care and compassion they showed Verdell during her stay.