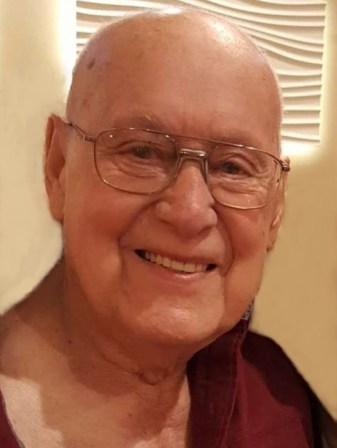 Roger Wesley Anderson, age 94, of Austin, Minnesota, passed away peacefully on Saturday, January 1, 2022, at his home in Austin. Roger was born July 11, 1927, in Blooming Prairie, Minnesota, to Ole and Ruby (Christianson) Anderson.

He was preceded in death by his parents, Ole and Ruby Anderson; wife, Ethel “Andy” Anderson; son-in-law, Martin Hansford and one great-grandchild.

A memorial service with military honors will be held at 1:00 p.m. on Wednesday, January 5, 2022, at Worlein Funeral Home Chapel in Austin. Visitation will take place one hour prior to the service. Interment will be in Red Oak Grove Lutheran Cemetery, rural Austin. Worlein Funeral Home of Austin is assisting the family with arrangements. Condolences may be expressed to the family online at www.worlein.com.