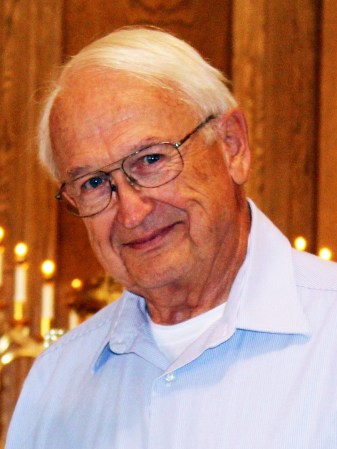 Richard was born on February 3, 1943, in Spring Valley, Minnesota to Edward and Myrtle Cook. He graduated from St. Mary’s College in 1965 and subsequently received his Master of Science Degree in Education from Winona State College in 1972. He came to Austin in 1967 and started teaching History at Queen of Angels Catholic School. In 1971, he became Principal and continued in that role for Austin Area Catholic Schools until he retired in 2005.

Richard is survived by his children; grandchildren, Holden, Clare, Linus, Kate, Bennett, and Brady; brother, Gerald (Ann) Cook; and several nieces, nephews, and in-laws. He is preceded in death by his wife, parents, and brother Eugene (Adonna) Cook.

A Funeral Mass will be celebrated on Monday, January 31, at 10:30 AM at Queen of Angels Catholic Church in Austin. Interment will be in Calvary Cemetery.

Masks will be required at both the visitation and the Funeral Mass.

In lieu of flowers, donations can be made in remembrance of Richard to Catholic Charities of Southern Minnesota: