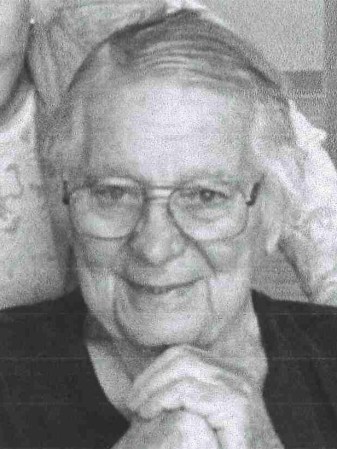 Dick was born February 24, 1932 to Floyd Erwin and Rachel Clare (Hanson) Alger in Bemidji, Minnesota. He spent his boyhood in several small towns including Mason City, IA, Sauk Center, MN, and Washburn, ND. The family finally settled in Bismarck, ND which Dick would always proudly claim as his hometown. He spent many hours hunting the North Dakota prairie for pheasant and other game with his dad. He combined his love of music and need to finance school by performing in several dance bands starting his sophomore year in high school with the Li’l Acorns with good friends Bob Brown, Art Wanke, and Oscar Will. Dick graduated in 1950 from Bismarck High School as class president and a member of the 1949 North Dakota State High School Championship Football team. He graduated from Bismarck Junior College where he was president of the student’s association and the University of North Dakota School of Commerce.

After college, Dick served his country as a sergeant and member of the 8th Army Band stationed in Korea. While in Korea he formed the “Bombers” dance band that would play officer’s clubs on Fridays and broadcast over armed forces radio on Saturdays. After returning to the states, he took a job in Minneapolis as a salesman with McKesson and Robbins pharmaceuticals. His first sales territory after training brought him to Austin where he met his “Sunshine” Bernice “Bernie” Brown. The farmer’s daughter and the traveling salesman were married on June 25, 1960 at St. Peter’s Catholic Church in Rose Creek. They continued to move with his career to Marshall, MN, Edina, MN, and Madison, WI. Wanting to plant roots for his family, he returned to Austin and started his 30 year career as a hardware man.

He was the ever devoted husband and father, but with everything else in life he was always looking for the next big thing. Dick’s business started as Coast-to-Coast and through the years was Hardware Hank, True Value and finally Alger Ace Hardware. He belonged to many organizations throughout the years including Chamber of Commerce, Lions, and Rotary. Dick performed in many local dance bands, Austin Symphony and Miss Minnesota Orchestras. Besides his family and music, his biggest passion was his vehicles. His mom recorded in his baby book that his first word was “car.” Bernie always said she never knew if it was company pulling into the driveway or just Dick with is latest car trade. He proudly earned his pilot license and loved flying in his younger years. Dick also loved his campers, boats, and motorcycles, especially Harley Davidson. He and Bernie went to the Sturgis Motorcycle rally for many years after they became empty nesters. He enjoyed his Canadian fishing trips with his son and other friends. Dick was a loyal Viking fan following all the scouting reports, trips to watch Mankato training camp, and watching every game. As the store was open on Sundays, he would tape the games and hope a customer wouldn’t tell him the outcome before he got to watch. Dick loved his morning coffee at Kenny’s Oak Grill. His friends and the staff there were his second family. The highlight of his week was Saturday night watching Lawrence Welk with a cocktail and his family.

Dick will always be remembered for his sense of humor, big smile, and warm eyes.

Dick is preceded in death by his parents, Floyd and Clare Alger; brother, David Alger.

A Funeral Mass and interment will be held in the spring when the motorcycles can accompany him from the church to his final resting place.

In lieu of flowers, a memorial donation may be made to the Hormel Institute for Cancer Research in Dick’s honor.