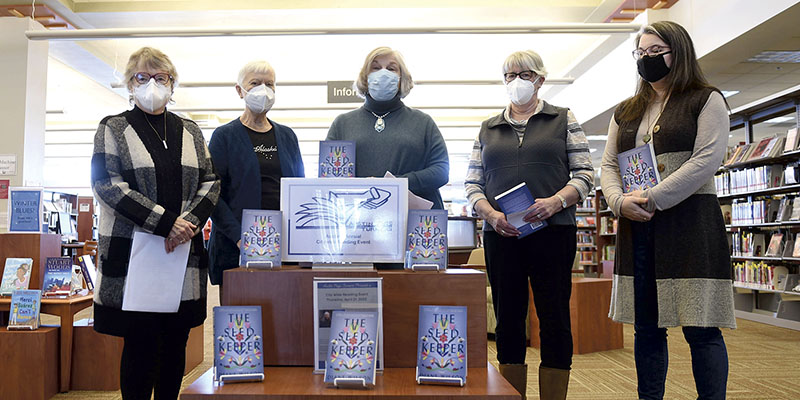 The Austin Page Turners have announced on Tuesday their 20th author for their City Wide Read.

This year’s Minnesota author will be Diane Wilson, who penned “The Seed Keeper.” Wilson will be presenting on Thursday, April 21 and will be the keynote speaker at 7 p.m. that night, at the Austin Public Library.

Wilson, a member of the Dakota people and descendant of the Mdewakanton people, is the first Native American author to be chosen by the Page Turners.

Copies of Diane Wilson’s “The Seed Keeper” will be available for check out at the Austin Public Library. Eric Johnson/photodesk@austindailyherald.com

Six of Wilson’s books will be available at the Austin Public Library, with some available for purchase at Sweet Reads in downtown Austin. Along with the books it currently has, the library also has five ebooks and a handful of audiobooks to check out, as well as the capability to pull books in from other libraries.

“This is a beautiful book about a Native American girl who learned about nature from her father, who was a teacher,” said Page Turners member Peggy Benzkofer

Through this journey the main character, Rosalie Iron Wing, will go from her home to a foster family in Mankato and ultimately returns to her childhood home.

Through it all, Rosalie will confront her present as well as her past, all the while learning the strength of being descended from women who protected loved ones as well as traditions.

Inviting Wilson to this year’s Page Turners also had some beneficial coincidences that included new seed library, which will be springing to life in the library in the near future as well as development of the Chert Quarry near Grand Meadow, a longterm project of the Mower County Historical Society.

“It makes sense to find a nature author to help us understand their way of life,” Becker-Ersland said.

This yearly event started in 2002 with Sandra Benitez and her book “A Place Where the Sea Remembers.” Last year’s featured artist was Alison McGhee and her novel “Never Coming Back.”

Past Authors of the Page Turners Citywide Read

2002 Sandra Benitez: A Place Where the Sea Remembers

2003 Tim O’Brien: The Things They Carried

2007 Lorna Landvik: A choice of her novels