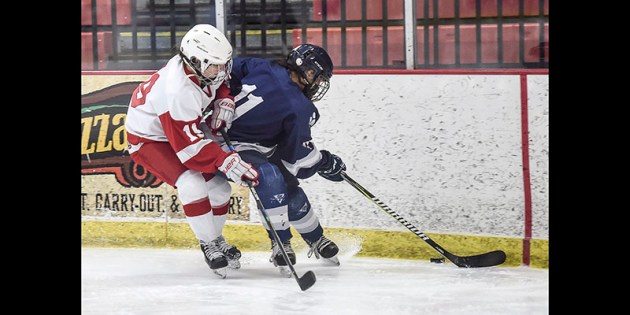 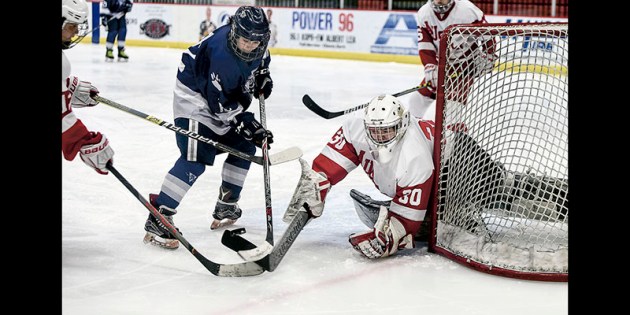 Austin’s Kyia Radford Garcia reaches out to swap the puck away during a stop in the second period against Rochester Century Tuesday night in Riverside Arena. Eric Johnson/photodesk@austindailyherald.com 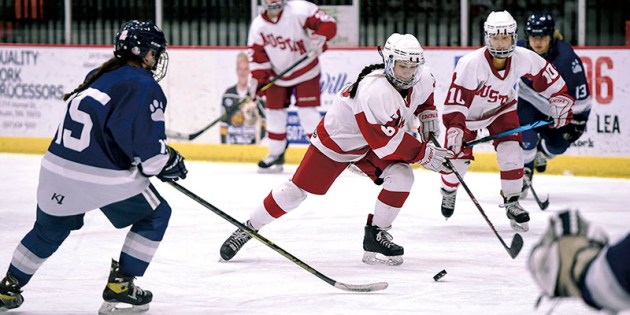 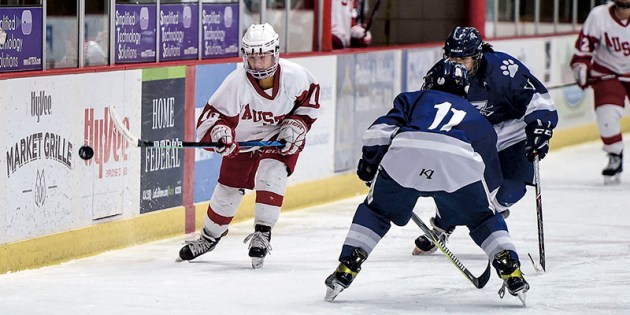 The Packers (10-9 overall). led 4-1 after two periods and senior Megan Schultz helped ice the game by scoring twice in the final period.

Schultz’s second goal came shortly after the Panthers had crept to within 6-2. She and all of the other seniors were fired up from the start as Austin is heading down the final stretch of its season.

“Our last couple of games were pretty rough and when they scored on us tonight, I was very motivated to put the puck in the back of the net,” Schultz said. “We’re more intense, knowing that our season is almost over. We only have two more weeks of guaranteed play.”

Austin had lost each of its last two games by a score of 5-2 and the Packers had allowed 12 goals on the last 47 shots they faced over their previous three contests.

“We needed to correct that and tonight we made a concerted effort to not let the other team get in tight. That made a difference and we had a lot of energy,” Austin head coach Troy Holtz said. “We played well tonight.”

Austin took an early 1-0 lead on an unconventional goal as 10th grader Maci Talamantes trickled a power play shot that bounced off the ice and past Century goalie Abigail Conners. The Packers pushed it to a 3-0 first period lead when Sarah Wangen scored and Kate Holtz slapped in a short handed goal.

The penalty kill has been a strength for Austin all season long and it was effective on Tuesday as Holtz was able to create her score off of a play made by Izzy Hemann.

“We’re looking to block as many shots on penalty kill as possible,” Kate said. “Any shot blocked has the chance of leading to a score. We just put pressure on them and no one likes pressure.”

The Packers have five games remaining on the schedule and four of those games will be in Riverside Arena.